Twice in the early verses of Va-Yeshev, Rashi quotes a Midrashic view telling us Yosef looked like Ya’akov. It’s a view I’ve long wondered about, because it makes the brothers’ failure to recognize him all the stranger. Faced with a man who looked like their father, would a beard really have made the difference? To me, it would be smoother to assume Yosef looked like Rahel, whom the brothers had not seen in many years by the time they met Yosef in Egypt, and Binyamin like Ya’akov.

My musings aside, Rashi’s view (from Bereshit Rabbah) explains why 37;2 calls Yosef the toladot of Ya’akov, and why the next verse calls him a ben zekunim. In each case, Rashi says his ziv ikonin, the shape and features of his face, were similar to his father’s.


The juxtaposition of toladot, descendants, to a particular son came up in the beginning of Parshat Toledot as well, where 25;19 speaks of the toladot of Yitzhak son of Avraham and adds Avraham begat Yitzhak. Rashi there says Hashem made Yitzhak look like Avraham, to silence wags of the time, who muttered about Sarah’s suddenly having a child by Avraham, after years of childlessness, soon after she lived with Avimelekh. After Yitzhak looked so much like his father, they had nothing to say.

As I looked into the idea, I noticed Bereshit Rabbah has a similar idea about Eliezer. As Avraham sends Eliezer to find a wife for Yitzhak, 24;2, the verse calls him zekan beto ha-moshel be-khol asher lo, the elder of his house, who controlled all that belonged to him. Based on zekan, the Midrash again speaks of ziv ikonin, shape and features of his face.

At one level, it’s just a derash on zekan, splitting it into ziv ikonin. To some extent, I do believe Midrash likes to play, brings out all possibilities of the text without any particular meaning in mind. Bereshit Rabbah had hit upon the idea of expanding zaken to ziv ikonin (for Yosef and Ya’akov, where the idea of a ben zekunim begs some explanation of why a father cares more for a child of old age), and applied it to Eliezer too.

I suspect there’s an added element, giving importance to the physical in a way we do not always think Judaism adopts. Avraham at one point expected/worried Eliezer would inherit all he had. Even were he to have passed away without children, why would Eliezer be the next obvious option? Why wouldn’t Nahor, his brother, or one of Nahor’s heirs (or Sarah’s), take the property?

Inheritance aside, the verse tells us Eliezer was moshel be-khol asher lo, had authority over everything of Avraham’s. And let’s remember Eliezer’s approach to the task of finding a wife for Yitzhak, praying to Hashem for assistance.

To me, the Midrash takes a similarity of looks to indicate similarity of worldview and outlook. Eliezer’s looking like Avraham bespeaks a greater commonality; in the absence of descendants, he in fact would have been the best bearer of Avraham’s legacy, a fact Avraham recognized and bemoaned.

Yitzhak might have been slated to look different than his father, perhaps to leave him open to play a slightly different role, to be an individual as a Patriarch. The mocking of letzanei ha-dor, the cynics of the generation, changed the plan, and Yitzhak ended up looking more like his father (then spent much of his life reinforcing his father’s efforts, such as by re-digging his wells).

We now understand the role the Midrash sees Yosef playing: he looks like his father, the looks suggesting he is the one to carry on Ya’akov’s legacy most directly and explicitly. It fits with a comment of Onkelos’ I noticed for my weekly discussion of some comments where Onkelos leaves the literal. For ben zekunim, he says bar hakim, a wise son. Yosef’s wisdom would appeal to Ya’akov, as would his similarity, in looks and outlook.

Today, I think many people deny looks are in any way windows on the soul, but I am not always sure. How we carry ourselves, the gestures and expressions characteristic of us, also extend from our personalities. If we look like an ancestor, smile like them, wrinkle our eyebrows in the way they did, we already carry on more of them than others.

It’s not the whole story, as Eliezer proves (he also looks like Avraham, and yet Avraham has no interest in his being the bearer of the legacy). But it’s another piece we might not always notice. As with Yosef and Ya’akov. 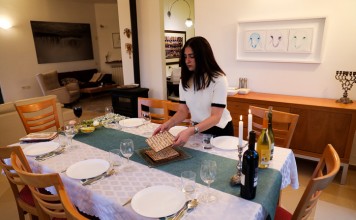 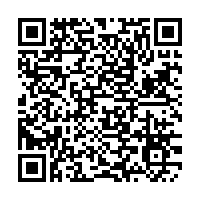