Michelle Obama says, when they go low, we go high. In her context, she may be right; this week’s parsha is one place to see other valid options for how to deal with the underhanded. It’s a topic I choose to address because people sometimes speak in moral absolutes for the righteous.


They are comfortable with the moral complexity of ordinary, bat no eye at shady deals or working with evildoers because they will help us in ways we want. Righteous people, though, have to meet a higher standard.

Leaving aside the hypocrisy, this week’s parsha supports the possibility the righteous, too, might properly condition their sense of right and wrong based on context. Bereshit 30;27-43 tells of Ya’akov’s amassing a fortune, verses 37-42 seeming to say he used breeding tricks to have the sheep produce the kind he and Lavan had agreed would be his.

How could Ya’akov do that, many ask. He and Lavan had a deal, here he was manipulating the outcome, when he was supposed to let Nature take its course. There are many possible answers; Ramban, for example, assumes Lavan had explicitly allowed Ya’akov to try whatever he wanted, had been confident enough of the impossibility of what Ya’akov eventually did, he was fine with whatever Ya’akov tried.

I am more interested in a strand of tradition that starts with Megillah 13b’s reconstruction of Ya’akov’s original meeting with Rahel. He proposed marriage, she agreed, but said she feared her father would interfere. Ya’akov assured her he was as tricky as her father, the Gemara reads verses to say, and she wonders how a righteous person could act this way.

He says it is allowed, referring us to II Shemu’el 22;27, im ikesh titapal, with the shrewd show yourself shrewd. R. Eliyahu Ha-Mizrahi (Re’em, who comments on Rashi’s comments) says it explicitly to 30;39, Lavan’s shenanigans made it permitted for Ya’akov to return the favor. Mesillat Yesharim 11 applies the idea to say we can bad advice when we know the advice-seeker has bad motives. Noda Bi-Yehuda Tinyana Hoshen Mishpat 51 allowed people to redirect the money in a will, when the heirs were mishandling it, and R. Herzog (the first Ashkenazic Chief Rabbi of Israel) thought it opened the door to dealing with a recalcitrant husband as he deserved.

It’s a distressingly slippery slope, prone to abuse, because we can convince ourselves the “other” has misplayed the game when it suits us. Life, too, is a distressingly slippery slope, and we have to do our best to live on it. Ya’akov Avinu may have had many valid reasons/excuses/justifications for how he dealt with Lavan, but one possibility is that certain people are only properly dealt with in a way we ordinarily morally eschew. The righteous need not be freiers (loosely: gullible).

At the same time, such a righteous persons need to be careful not to be warped by the experience. Rashi thinks Ya’akov cares to tell Esav his time in Lavan’s house did not take him away from Torah observance. It seems to me this week’s parsha sends the message as well.

On his way out of Israel, Ya’akov has a dream with angels going up and down the ladder to heaven, the Holy One, Blessed Be He at the top of the ladder. In 31;10-13, Ya’akov has another dream, where he sees the sheep being mated in the way that enriches him. The angel calls his attention to the mating in the vision, then then tells him to return to Canaan. Because when your dreams have gone from Gd to sheep matings, it’s time to get out.

The rules of interpersonal relationships, I am suggesting, have a mutual component, and someone who treats us badly can sometimes be treated in kind. As we allow ourselves what we usually would not, though, we must ensure we are not being impacted more broadly by our forays into the dark side. Golda Meir properly said, we can forgive the Arabs for killing our sons; we cannot forgive them for turning our sons into killers.

May we all have the wisdom to go high when effective; go low when necessary for righteousness and justice to triumph; know the difference; and come out of the defeat of evildoers as pure and whole as Ya’akov.

Can A Person Change His Will? 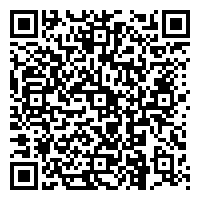