The following article was written in January of 2012 and was pulled from our archives.

General George Armstrong Custer. The mere mention of his name evokes strong opinions of condemnation or admiration, depending on one’s perspective. Was he a brave, daring and innovative tactician or was he an impulsive, arrogant and reckless one? He was a complicated man by all accounts, so evidence can be marshaled for either side of the debate. Recent historians have argued that grading his military experience as a whole is unfair and fruitless. Rather, he must be judged in the context of the Civil War as a successful general, while in the context of the Indian wars as an ultimately failed cavalry commander. His decisions and actions at Gettysburg in June 1863 must be judged separately from his decisions and actions at the Little Big Horn in June 1876.

Essentially, the current argument posits that the Civil War and the Indian wars were two fundamentally different types of wars. Therefore, the qualities that made him a successful commander in one did not automatically carry over to the other. The Civil War was a conventional war with large massed armies arrayed against each other in set battles. These battles were more or less governed by accepted rules of war. The tactics followed by both sides were Napoleonic in nature and everyone knew what to expect. It was this type of war that West Point graduates, such as Custer, studied and ultimately excelled at.

The Indian wars were quite different. “This was an insurgency, a guerilla war in which the enemy typically attacked civilians rather than military units, and quickly disappeared, melting into the countryside….And in this type of warfare, U.S. troops could not effectively operate in large, massed armies, as they had done in the Civil War; rather, they operated in small, isolated, and fortified units, and all territory beyond a fort’s walls had to be considered hostile” (Custer: Lessons in Leadership by Duane Schultz, 2010, p. 181).

Custer, like other Civil War veterans, certainly had difficulty adjusting to the Indian wars. However, plaguing Custer was a much deeper leadership problem. During the Civil War, where his men idolized him and were committed to following him into the worst of battles. The 7th Cavalry troopers (and many of its officers) in 1876, however, despised him. Although the 7th Cavalry marched under one pennant, it was far from a well-oiled, fine-tuned, cohesive unit.

In a recent issue of the Civil War magazine, The Civil War Monitor (Winter 2011), historian Glenn LaFantasie analyzed why Custer experienced such different relationships with his various commands. During the Civil War, Custer commanded volunteer regiments from Michigan. These soldiers knew each other, often coming from the same towns. They were motivated by a sense of patriotism and, although they forever maintained the free spirit of volunteer soldiers, as the war wore on they developed a true professionalism. Custer realized that these men had to be inspired and inspire them he did. With his courage and daring, Custer was the perfect role model for them.

The cavalry of the Indian wars was a different reality. Many of the soldiers were immigrants –

some of whom barely spoke English. They joined the army not out of a sense of duty or patriotism but as a means of escaping their wretched economic existence. Other soldiers were criminals and social outcasts who fled proper society. Even those soldiers who were veterans of the Civil War remained in the army or rejoined because they could not readjust to civilian life. “There was no cohesion as had existed in Civil War regiments drawn from a single state… The men of Custer’s 7th Cavalry, including the officers, had nothing in common, nothing that bound them together…” (p.32). Custer was never able to find a way to inspire them… so he stopped trying. It was under these conditions that he led his men to defeat at the Little Big Horn.

Among Custer’s character flaws was his inability to look inward. When a problem arose, he blamed others. In the case of the 7th Cavalry he never considered that he needed to find a new way to inspire his troops. He just assumed that what had worked during the Civil War would work in the Indian wars as well. Fortunately for Bnei Yisrael, when Moshe Rabbeinu was faced with a similar situation of not successfully inspiring his people, he became introspective and accepted responsibility.

The Torah relates at the beginning of the parsha that Hashem described to Moshe His plan for Bnei Yisrael. He would first take them out of Egypt and ultimately bring them to Eretz Yisrael where they would serve Hashem as the successors to the legacy of Avraham, Yitzchak and Yaakov. Moshe immediately delivered the prophecy to his brethren but was met with a disappointing response. The pasuk states (6:9): “And Moshe spoke thus to Bnei Yisrael but they did not respond to [literally, hear] Moshe due to their shortness of spirit and the hard labor.”

Following this setback, Hashem commanded Moshe to tell Pharaoh that he must free the Jewish people. Aware of his own shortcomings, Moshe claimed that he was not capable of successfully speaking to Pharaoh. Employing the argument of kal vachomer, Moshe argued that if he were unable to inspire Bnei Yisrael he would certainly be unable to convince Pharaoh. Moshe further argued that his speech impediment would undermine any chance he had at success. Hashem rejected Moshe’s argument and ordered him to speak with both Bnei Yisrael and Pharaoh. Regarding his speech impediment, Hashem informed him that his brother Aharon would serve as his spokesman.

The commentators have offered many explanations regarding Moshe’s concerns. The common denominator between them is that Moshe looked inward and attributed the cause of the setbacks to himself. He further reasoned that if he was not able to reach Bnei Yisrael he certainly would not be able to sway Pharaoh. In response to his concerns, Hashem taught Moshe some fundamental leadership lessons. The first lesson was that a leader must adapt. If his initial approach doesn’t work, then he must pursue an alternate one. Even an approach that worked at one time might not work again. The Meshech Chochma points out that Moshe’s original speech to Bnei Yisrael in this parsha focused on the distant future. Due to their wretched condition, Bnei Yisrael couldn’t even imagine such a future, let alone be inspired by it. Moshe learned that to inspire them to seek their freedom, he had to limit his argument to the here and now. His new rhetoric focused on the ending of the bondage.

A second lesson Hashem taught Moshe was that his kal vachomer was flawed. His failure to inspire Bnei Yisrael did not necessarily have any bearing on his discussions with Pharaoh. The fact that Moshe thought it did demonstrated that he thought one approach was appropriate for all occasions. Hashem taught him that this was not the case. The message that would ultimately inspire Bnei Yisrael was very different from what would convince Pharaoh. Bnei Yisrael needed to hear a message of hope. Pharaoh needed to hear a message of power.

Moshe, the greatest leader and teacher we ever had, internalized these lessons. Throughout his tenure, he constantly searched for the right words and message that would inspire Bnei Yisrael during their developing stages. He likewise understood that one size does not fit all. Most importantly, when things did not work out perfectly, Moshe accepted responsibility and looked inward to improve the situation. Leaders must follow Moshe’s example. Custer failed to do so and ended up at the Little Big Horn instead of his own Promised Land. 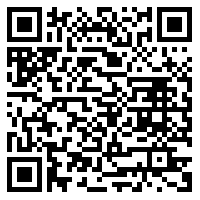