April 22, 1961 was an historic day. Following the Bay of Pigs debacle several days earlier, President Kennedy sent a helicopter to Gettysburg, Pennsylvania to fly former President Eisenhower in for an urgent meeting. Bret Baier, in his recent book, Three Days in January, argues that Kennedy, the new and inexperienced president, was having difficulty comprehending why the mission failed so badly and what he could do about it.

Baier writes that Kennedy was very angry and concerned at this meeting. “Mere months after the heady moment of his inauguration, when he was full of such hope and confidence, he now worried that this failure, for which he took complete responsibility, could leave a permanent stain on his presidency” (p.262). Kennedy confessed to Eisenhower that he hadn’t realized how tough the job of being president was going to be.

Ike reviewed with Kennedy his decision-making process and asked him whether he had all his advisers in front of him at the same time debating the various options or did he see them one at a time. Kennedy admitted that while he had a meeting, there wasn’t really a rigorous process that followed it. Ike shared with Kennedy some ideas as to how to improve his decision-making process and how to deal with the crisis. Kennedy seems to, as a result of the incident, have developed a skepticism regarding the advice given him by his advisers and military leaders (p.266). These lessons served him well because, during the Cuban Missile Crisis (October 1962), he put in place a very different apparatus to help him navigate to a peaceful resolution.

While reading Baier’s book, especially his accounts of the various meetings and interactions between Eisenhower and Kennedy, I appreciated how much Eisenhower and Kennedy were a study in contrasts. Eisenhower represented the older generation and the status quo, while Kennedy and his youthful appearance represented the younger generation and the exciting, yet dangerous future. What struck me the most, however, was that despite the differences between them, they both became president. Ike came from a simple family of limited means, and pursued a career in the military. Prior to World War II and his meteoric rise, Ike never dreamed of being a major historical player. Kennedy, on the other hand, came from a very wealthy and connected family. He was educated at the finest schools and always sought greatness. His father planned for one of his sons (originally his older brother Joe) to become president.

Despite these differences, they both had at least one thing in common: leadership ability. And that ability, not background or upbringing, is the most important criterion for becoming a leader. This idea is clearly illustrated in this week’s parsha.

The Torah relates (35:30) that G-d appointed Bezalel, from the tribe of Yehuda, to oversee the construction of the Mishkan. The Torah then proceeds to list Bezalel’s qualifications for the job. These include his formidable knowledge, understanding, and expertise in multiple crafts. He was also endowed with a creative and architectural flare. Following its description of Bezalel, the Torah (verse 34) mentions that Oholiav from the tribe of Dan was appointed to assist him.

While the Torah elaborates Bezalel’s qualifications and role, it is silent on Ohaliav’s. However, the various commentators suggest that Ohaliav brought his own unique skill set to advance the construction of the Mishkan. For example, the Malbim (31:6-11) opines that Ohaliav was an expert in inspiring other people to help in the construction and teaching them how to do so.

Rashi, while not addressing Ohaliav’s qualifications, points out a most instructive lesson. Bezalel was from the tribe of Yehuda – the aristocracy of Bnei Yisrael. The members of that tribe were the leaders of the nation. Ohaliav, on the other hand, was from the tribe of Dan – one of the less celebrated tribes. Yet the building of the Mishkan required the partnership of representatives from both extremes to demonstrate its universal appeal.

The Torah is thus teaching us that anyone from any tribe can rise to greatness so long as he or she has the vision, drive, and talent. This should serve as motivation to all aspiring leaders. Don’t worry so much about who you are and where you come from. Rather, dream about who you can become and what you can accomplish. 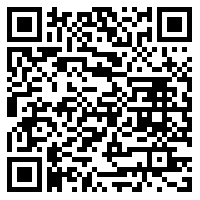