In this week’s parsha we learn about Moshe’s heartfelt tefillot to Hashem. Even though Hashem had already decreed that Moshe would not enter Eretz Yisrael, Moshe continued to daven. Rashi explains that Moshe told Hashem, “I learned to never stop davening from You. After the Chet haEigel You told me to let go of You so that You could destroy Klal Yisrael. However, I understood that even though there was a decree of destruction You still wanted me to daven.” So too, said Moshe, “I will continue to pray to enter the Holy Land despite being told I won’t.”

The medrash explains that the gematria of v’etchanan is five hundred and fifteen, which is how many times Moshe prayed to be let into Eretz Yisrael. In the end, Hashem had to tell Moshe to stop davening. Rashi explains that when Hashem told Moshe rav lecha, it is much for you, it meant that Moshe needed to stop davening. Otherwise we might wonder why Hashem did not answer his beloved Moshe’s tefillot.

However, for us there is still a question. We know that we should always turn to Hashem whenever we are in need. How can it be that Moshe’s tefillot, which are greater than we can ever imagine, seem to not have been answered?

A similar question can be asked on this week’s haftarah. We open with the words that give this Shabbat its name, Shabbat Nachamu. The navi Yeshaya repeats Hashem’s words Nachamu nachamu ami, be comforted My nation.

On a simple level it means that despite all of Klal Yisrael’s suffering they should be comforted with the knowledge that galut will end. For close to two thousand years our nation has prayed for the final redemption. The greatest tzaddikim, from Rabi Akiva to Rav Moshe, davened for an end to this longest galut. Imagine the millions of Yidden who cried and begged for Mashiach. How can it be that these tefillot haven’t succeeded in bringing him? If their tefillot didn’t seem to work how can I expect mine to?!

To be a true ne’eman, a true believer, we can’t see it as Moshe’s tefillot or all of Klal Yisrael’s tefillot were unanswered. Let us turn to the words of the haftarah for the answer to our question.

The double language of nachamu nachamu can be understood as merely a poetic repetition. It can also be understood that the nechama will not be a regular sort of comfort, but the greatest comfort ever known to history. Another way to understand the two nachamus is that one represents our suffering being over and the second represents that we now have Mashiach.

At the end of parshat Bereishit man began to sin and his ways became corrupt. The pasuk tells us that Hashem said, “I will wipe out man, ki Nachamti ki Asitem I regret, kivyachol, having made him.” Similarly, after Shaul failed to wipe out Amalek, Hashem told Shmuel, Nachamti ki hamlachati, “I regret having made Shaul king.” What connection does consolation have with regret?

When a person feels overwhelmed with sadness and despair he or she can’t see a way forward. At that moment our consolation can come in the form of a new perspective, another way of looking at things. In a similar way Hashem, so to speak, changed his mind when faced with man’s evil or Shaul’s failings. Nechama takes place when we see that our preconceived notions were incorrect.

We tend to view the terrible tragedies Klal Yisrael has experienced as punishment for our sins. The pogroms, auto-da-fé, death camps and suicide bombings are viewed as a necessary evil to bring us to Mashiach’s times. However, when Mashiach comes we will have a nechama, not just a consolation, but a brand-new vision of history. Rather than viewing all of history’s horrors as tragic, we will see that they were necessary. We will see the world in a different light and understand that our suffering was for the good. This applies to the nation’s suffering and to each individual’s tza’ar as well. This is the double lashon of nachamu. Once for the consolation that Mashiach is here and once for the consolation that all our suffering was ultimately for our benefit.

Moshe’s tefillot, and all of the great tzaddikim’s tefillot as well, were heard. However, for reasons we can’t understand until Mashiach comes the hoped-for result didn’t come. This is because the hoped-for result wasn’t what was needed at that time. The lesson for us is important. Our tefillot are always heard, cherished, and valued by Hashem. There may be bumps and challenges that we face. We must remember that everything Hashem does is for the best. 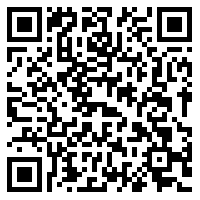