“Speak to Aharon and say to him: When you shall light the candles…” (Bamidbar 8:2).

Rashi writes that this section in Parshas Beha’aloscha about the menorah is juxtaposed to the section about the nesi’im’s offerings in Parshas Naso because when Aharon saw the offerings, he was disturbed that neither he nor his tribe was able to bring anything. Hashem therefore said to him, “By your life, yours will be greater than theirs because you will light and adjust the candles.”

Rashi’s explanation is based on a medrash (Bamidbar Rabbah) that relates further that Hashem said to Aharon, “The sacrifices will be brought as long as the Beis HaMikdash is in existence, but the light will always shine….”

The Sefer Hi Sichasi asks: Why was Aharon upset? He himself participated in the avodah of the Mikdash, bringing sacrifices all day. Why did he need to be placated?

Furthermore, asks the Ramban: Why did it take the lighting of the candles for Aharon to be comforted? Why wasn’t he sufficiently consoled with all the korbanos, the morning and evening ketores, the minchah, and the avodas Yom HaKippurim that was his domain? The Ramban notes that the wording of Rashi seems to indicate that Aharon was particularly bothered by offerings brought by the nesi’im for the dedication of the Mikdash.

The Rambam explains that all the korbanos Aharon brought were obligatory. He wanted to bring a korban that was voluntary like the ones the nesi’im brought at the dedication of the Mishkan. He was pained that all his actions were directed by the command of Hashem and that he couldn’t volunteer anything.

Aharon knew that every person comes to this world to fulfill his mission, and when he is successful, he feels great happiness and satisfaction. If a person doesn’t fulfill his mission, his essence is lacking, which makes him disconsolate. Aharon fulfilled all the commandments of Hashem in the Mishkan. His entire being was committed solely to fill His will. Therefore, when he perceived the great light that emanated from the sacrifices of the nesi’im, he asked why he didn’t merit that light as well. So Hashem promised him that he would light the candles.

Over 450 years ago in Cracow, Poland, the Rema wrote a commentary on the Tur known as the Darkei Moshe. Unbeknownst to him, at the same time, R’ Yosef Karo wrote a similar commentary, called Beit Yosef, which became widely accepted throughout the lands of the Diaspora.

Although he was disappointed that his work had become superfluous, the Rema was not upset that the Beit Yosef met the need he had sought to answer. Instead, noting that the Beit Yosef was written mainly for the Sefardic world, the Rema edited his work for the Ashkenazic world. Focused on fulfilling his mission for the sake of Heaven, the Rema merited to serve Hashem in a different way, and he thus earned a privileged reputation as his psak is widely accepted.

The mitzvah of Pesach Sheini also emerged from initial frustration. People who had been spiritually unclean and were unable to bring the Korban Pesach came before Moshe and Aharon, pained that they were prevented from bringing the korban. According to R’ Akiva (Succah 25b), these individuals were Mishoel and Eltzafan who had been engaged in the burial of Nadav and Avihu at Moshe’s command. They were certainly exempt from bringing the korban, but they were deeply pained that they couldn’t fulfill the mitzvah. As a result, they merited a brand new mitzvah: Pesach Sheini.

R’ Menachem Binyamin Beinish Frankel from the city of Kalish was a Holocaust survivor. He lived in a dreadful ghetto and was a prisoner in the Buchenwald death camp, suffering under horrendous conditions. Yet, despite all the anguish and torment, R’ Menachem could not forego fulfilling a mitzvah. His love for mitzvos was incredible. Throughout the Holocaust, R’ Menachem put on tefillin every day – with two exceptions. When R’ Menachem would relate the circumstances of those two exceptions, his pain was very obvious.

The first time, a Nazi officer noticed him removing tefillin from a hiding place. The Nazi threw him to the ground, beat him with the retzuah, and then hit his head with the bayis. R’ Menachem lost consciousness, and the Nazi was sure he was dead. He cut the straps of the tefillin with his knife, smashed the bayis to pieces, and left.

When R’ Menachem regained consciousness, he gathered the pieces and cried bitterly because he had not worn tefillin that day.

The next day R’ Menachem heard about a Yid on the other side of the camp who had managed to smuggle in a pair of tefillin. If a Nazi found someone where he shouldn’t be, he was shot on sight. Yet, every morning R’ Menachem put himself in mortal danger as he stealthily made his way to a fence that separated the two sectors of the camp to don tefillin.

The second time R’ Menachem did not wear tefillin was after he was freed from Buchenwald. He was taken to an American Displaced Persons Camp and fell into a deep slumber from sheer exhaustion. He slept through the entire day, for more than 30 hours. 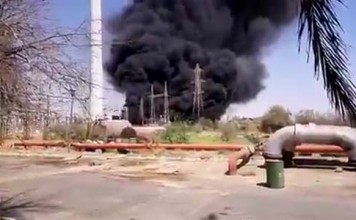 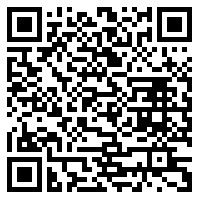