After he descended to Egypt and was reunited with Yosef, Yaakov Avinu lived his final seventeen years in blissful tranquility. Then, as he realized his life was waning, he summoned his sons to relate his last will and testament to each of them individually.

“Assemble yourselves and I will tell you what will befall you in the End of Days.” The prophetic words that Yaakov conveyed to each of them contained the ideological keys that would allow them to withstand the challenges of time until the Messianic era.


It therefore seems shocking that Yaakov offered words of harsh rebuke to his three eldest sons. After mentioning the superiority and nobility that Reuven was entitled to receive as the firstborn, Yaakov told him that he had forfeited all of it. “You were impetuous like water, you cannot be foremost because you mounted your father’s bed; then you desecrated Him Who ascended my couch.”

Turning to the mighty Shimon and Levi, Yaakov lashed out at them for furtively decimating the inhabitants of the city of Shechem. “Accursed is their rage for it is intense, and their wrath for it is harsh; I will separate them within Yaakov, and I will disperse them in Yisroel.”

Rabbi Shlomo Wolbe zt”l explained that a person’s innate characteristics and personality traits are an integral component of his identity and individuality. Yet, a person can live his entire life without knowing or understanding his virtues or his deficiencies. One who is not intimately familiar with himself will never be able to develop his potential and become the person he is destined to be.

Yaakov gave his children the greatest possible blessing that one can give – he revealed to them the driving force behind their personalities and approach to life. That knowledge is the greatest information any person can attain.

Chazal relate that when one’s soul departs from this world, three angels approach it and demand, “Arise and state your name!” Then the deceased replies, “The heavens and earth can testify on my behalf that I have no idea what my name is.” (It is for this reason that after the Chevra Kadisha has completed its work of laying a body into a grave, one of the members whispers in the ear of the deceased, “Fargest nisht dayn na’amin – Do not forget your name!” and then whispers his/her name. And why there is a prevalent custom for one to recite a verse that alludes to his name just prior to the conclusion of Shemoneh Esrei). At that point, the angel will strike him with chains of iron and break his bones.

What is the meaning behind this Medrash?

The angels are not merely asking for the name he/she was known by. Rather, they are asking about the person’s essence: “What are you? What defined you in your lifetime?” The sobering reality is that even after living an entire life most people will be unable to adequately answer that question.

Yaakov’s blessings conveyed to his children the characteristic at the epicenter of their being. Reuven possessed innate impetuousness, indicative of an inner enthusiasm, which, if channeled, could be utilized for much good. Yet, it was too dangerous for him to bear the role of monarch and priesthood, for those required patience and other attributes that Reuven did not possess. Therefore, it was for his own benefit that Yaakov took away those positions from his descendants.

Shimon and Levi’s wrath indicated that they possessed zealous and fiery spirits. Therefore, Yaakov declared that he would scatter them among their brethren so they could share their passion with others. As teachers they would be compelled to control their zealousness and utilize it only for good.

Rabbi Wolbe notes that a person who is driven by a desire for honor but fails to recognize that can destroy himself. However, one who recognizes that he has this inclination can seek to transcend that pernicious component of his personality.

Avrohom’s nephew Lot is a tragic example of this idea. Lot was a great man but he had a penchant for immorality. The Alter of Kelm adds that Lot also had a tremendous desire for money. If so, how could he allow himself to move to the notoriously infamous city of Sodom which was founded on debauchery and wealth? It was because Lot failed to realize these aspects of his own personality. Had Lot recognized these character traits he could have saved himself from tremendous mishap and detriment to himself and his family.

When Yaakov finishes, the Torah states: “All these are the tribes of Israel, twelve, and this is what their father proclaimed to them, and he blessed them, each in accordance with what was his special blessing, did he bless them.”

Rav Samson Rafael Hirsch zt”l explains that the Torah’s lengthy quotation of Yaakov’s messages to his sons was not the blessing that he gave them. Those blessings were only given afterwards and are not explicitly quoted in the Torah.

“They are all tribes of Israel, all belong to the whole, are all fundamental ‘props’, pillars that G-d had dug deep in the lap of time, on which the structure of the nation is to build itself; and this – it is not the blessing that Yaakov gave his children, for it is partly only description of their characteristics – but it was what their father said about them, how he described each one in their special characteristics when he blessed them. But, ‘with a blessing in accordance with their specialties’ did he thereupon bless them. After he had proclaimed the specialty of each one of them, he blessed him accordingly, that in his specialty he should find blessing, i.e. happiness and satisfaction. Even those who did receive a blessing together with their designation, and perhaps especially those, still required this special blessing, that the external blessed position that was to be theirs should be a real blessing for them…. Each one participated in a general blessing, and the special blessing of each one was for the benefit of all.”

The blessing of Yaakov could only be given to individuals who understood and valued his uniqueness and individuality. Indeed, we often encounter individuals who are blessed but do not know how to handle their blessings or how to utilize them properly.

Our task in life is to try to understand ourselves. This is by no means a simple task, and it requires an entire lifetime of introspection, meticulous self-appraisal, and candid honesty with ourselves. We are fluid beings constantly changing as we travel along the journey of life. As we do, our understanding of ourselves must deepen as well.

The ultimate goal and task of any educator is to help our children understand their own beauty, value, and competence. When a child has reached that level of understanding he/she is better equipped to handle his/her deficiencies and shortcomings. This is a very individualized task, for no two people are alike.

In the words of one educator, “All children are gifted, but some children open their gifts later than others.” Our task is to guide our children by helping them see past the wrapping paper. 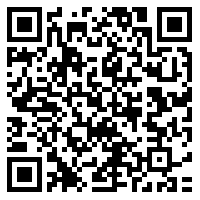