In Parshat Ekev (Devarim 11; 10-12), the Torah contrasts how Israel gets its water with how Egypt does. Egypt has the Nile and its tributaries, so people irrigate, carry water from the river to where they need it. Israel, with its mountains and valleys, must rely on rain.

We know the verses mean to show Israel to advantage over Egypt, but it’s not obvious how, since the Nile is a more secure source than what can be sporadic rain. After all, the next verse starts Ve-haya ‘im shamo’a, the section we read as the second paragraph of Shema, where Hashem explicitly ties Israel’s rain to whether or not the nation serves Hashem properly, especially in terms of staying away from worship of other powers.

Wouldn’t most of us prefer the confidence of knowing we have water? Rashi and Ramban’s answers teach us a pitfall of feeling too secure, and remind us they (and an important strand of Jewish tradition generally) saw Israel as central to the whole world, not just the Jewish people.

A Life in Hashem’s Metaphorical Hands

Rashi offers perhaps the simplest answer. Verse ten speaks of Egypt as a land where people bring water to where it’s needed, which is fine for a vegetable garden (as the verse mentions) or in a very flat region. Israel’s hills and dales make such a system onerous and unworkable. Hashem eases the lives of Israel’s inhabitants by sending rain, which reaches all areas.

That still leaves Israel in a harder place than Egypt. Most people would prefer the challenge of transporting water to the looming threat of drought (in our supposedly modern times as well, where much of the world still has no secure access to water and drought still hits technologically advanced societies, like California). Isn’t it better to have a Nile?

Ramban says no. The Nile misleads Egyptians into forgetting they are just as dependent on Hashem as we are, water issues or no. He cites Mishlei 29;13, which speaks of Hashem enlightening both a rich and poor person’s eyes, how both eventually learn how much they need Hashem. The poor man learns the lesson more easily, since he needs Hashem day to day. Security feels good, but interferes with the more important lesson, we are dependent on Hashem always, even if not for water or money.

The Ripple Effect of Divine Providence

Rashi and Ramban both quote a Sifrei which makes Israel more central to the world than we might think. (Sifrei is a Midrash Halachah, an halachic reading of the Torah. Jewish tradition does not follow everything found in Sifrei, but we are more likely to accept statements of Sifrei as authoritative than the more aggadic Midrashim. The decision of two of the most significant Biblical, Talmudic, and halachic scholars of Jewish history to quote this Sifrei makes it all the more likely we should see it as a part of the Jewish worldview).

The Midrash wonders why verse twelve refers to Hashem inquiring after Israel’s needs, since Hashem takes care of the whole world. It answers that Hashem’s concern with Israel’s welfare leads Hashem to take care of the rest of the world.

In our interconnected times, we can see the ecological wisdom in the statement. Each country’s welfare is affected by the whole world (as chaos theorists say, although not literally, if a butterfly flaps its wings in China, a few weeks later there can be a tornado in California; complex systems interact in unpredictable ways, with small changes cascading to very different outcomes). To take care of Israel properly, Hashem might “need” to set up the rest of the world as well.

Ramban’s kabbalistic leanings are well known, but seeing Rashi quote this Sifrei reminds us how even non-kabbalists believed the world was not a purely physical place. For Rashi as well as Ramban, there was literal truth to the metaphor that Divine Providence starts with Israel and expands to the rest of the world from there. Whatever we mean when we speak of Hashem, they both thought we could meaningfully say it was only because Hashem inquires after Israel’s welfare that the rest of the world get His attention, as it were.

When Rashi and Ramban agree, we do well to take note. Here, they agree we’re better off living under Hashem’s direct Providence, even with the challenge of not always knowing where or when our water will come, than the false security of easy access to our needs. And that Israel is the center of the world, in a realer sense than we might have thought on our own. 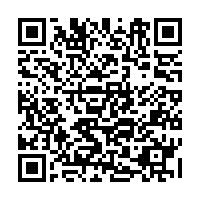