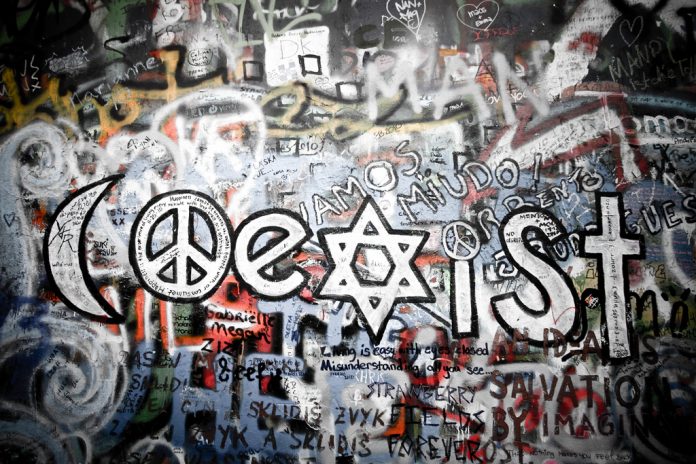 Avraham’s move to Canaan brings with it an important question: Going with the prevalent assumptions that God manages large events in Jewish history, and that who would settle what parts of the world were just such events, one must wonder why the Canaanites were sent to Canaan and not the descendants of Shem, particularly the ancestors of Avraham.

Of interest here is that the very birth of the Jewish people is through a move from the homeland to a place that is not. After all, when Avram is told to leave his former home, the latter is called his homeland. And though we think of Israel as our ancestral homeland, the experience of our forefathers there was as foreigners. This is reinforced by the need the next two generations would have to find wives in the old country, and not integrate themselves with the local culture. Granted, there were spiritual reasons for marrying from within the greater family that was still living in Mesopotamia. But that does not change the fact that the Avot remained foreigners throughout their lives in the Land of Israel. In that sense, going to Egypt was merely a continuation of a life lived as outsiders in a land dominated by a foreign culture.


To illustrate the alternative scenario, God would have sent the line most likely to become his servants to inhabit the land with the greatest spiritual possibilities. In this scenario, Avraham would have been born and grown up there; and would have then been likely to lead the more receptive local Shemite inhabitants to follow him. Not only would the forefathers not have had to endure the mixed treatment they received from the Canannites, the Philistines, etc., they would have been welcomed as the religious vanguard that would turn them all into Jews. (This is in contrast to the motley crew of converts that tradition has Avraham bringing to his new religion, only to have apparently fallen off quickly after his death.) An additional advantage to this scenario is tied to a problem identified by Rashi on the very first verse of the Torah, and that has plagued us almost continuously ever since – the dispossession of the land’s original inhabitants.

Since God did not choose the above scenario, it appears that Avraham’s move and subsequent marginality was an important part of God’s plan. I am sure that there are many dimensions to this, but in what follows I want to pick up on one of them:

Later in the story, Avram is called an Ivri, which Rabbi Yehudah (B. Rabbah 42:8) famously explains, as meaning that Avram was on one side (ever) while the entire rest of the world was on the other. This is an important image that – whether it is the correct meaning of the word, Ivri or not – illustrates a central motif of Jewish life. It serves to graphically depict the Jews’ calling as oppositional. In contrast to the alternative scenario in which Avraham would develop a popular model from within a society, his destiny was to be a critic from the outside.

And this was not unique to Avraham. Like Avraham in Canaan, the Jews have almost always played the role of the counterculture in its most radical form. For not only have the Jewish people marched to the beat of a different Drummer, they have decried the dominant beat of others as incorrect.

Interestingly, while this “intolerance” was a foreign idea to the intrinsically pluralistic polytheists, it was passed on to Judaism’s daughter religions of Christianity and Islam. The difference is that these religions created their own empires in which they would be the dominant cultures in large portions of the world. Judaism – true to its roots and self-understanding – however remained the path of a small minority opposed to the beliefs of the rest of the world. Even today when the Jews have reconstituted their state in Israel, it is not fundamentally different than a Jewish settlement or quarter in the diaspora, in the sense that in the context of the new global village, it remains one or two buildings surrounded by other much larger cultures.

While there is plenty of room for cooperation and interaction with other larger cultures, it is important for the Jewish people to remember that a key role God wants it to play is to often stand on the other side and follow our own path. For much more than when we go along with others, the greatest service we have provided – and can continue to provide – the rest of mankind is to let them know when they are wrong.