There is an interesting debate among the commentators as to what happened when Moshe cast down the tablets upon seeing the golden calf (32:19). The better known approach is that Moshe made a decision to do something drastic to try to ameliorate a very bad situation. Accordingly, he made a conscious decision to cast them to the ground. However, others (such as Rashbam) travel a different road and suggest that the throwing was essentially involuntary – meaning Moshe was so shocked by what he saw that he no longer had the physical strength to carry the tablets. That being the case, they would have fallen to the ground regardless. The throwing was Moshe using his last strength to make sure that they would not come crashing down on his feet. Though the first approach is not without its problems, there are even more problems with the second approach. First and foremost, it simply doesn’t sound like what the Torah is describing.

Whenever commentators – especially those wed to peshat like Rashbam – say something counter-textual like this, it is a sure sign that there is something very important pushing against understanding the text in its most obvious sense. Here, it seems quite likely that what is motivating Rashbam is his rejection of the possibility (or at least that it was very unlikely) that Moshe should decide on his own to destroy the most precious thing even given by God to man. It is not just that it smacks of ingratitude and even insubordination. Regardless of the positive outcome Moshe might have hoped to reach by breaking the tablets, how can one destroy that written by God himself? We know what lengths we go to for the sanctity of a Sefer Torah or Tefillin. It is hard to imagine Moshe throwing such objects to the ground. And yet it is intuitive that tablets written by God would have been holier still. So how could Moshe throw them down on purpose?

But perhaps there is another way to answer Rashbam’s problem without stretching so far: One element that neither approach relates to head-on is that the Torah prefaces the throwing down of the tablets by telling us that Moshe got angry with what he saw. In other words, it is the anger that led to his act. Granted, both of the approaches mentioned could explain anger as the indirect cause of what happened – meaning that it led to his decision or to his weakness. But much simpler is to say is that it was the direct cause. According to that, throwing was not a premeditated act, but rather something done in a fit of emotion. It is true that it not being premeditated does not get Moshe completely off the hook. But it certainly does mitigate his responsibility.

Not only do I think this suggestion fits better with the words, it also fits in better with another famous aggadah (Shabbat 87a, cited by Rashi at the very end of the Torah) wherein Moshe is congratulated for this later on. After all, God had told Moshe that he need not perish, even if He would need to destroy the rest of the people. And when Moshe came down the mountain, he saw that God was right and that the people were not fit for the task. So why break the tablets? Why not take them back up to God and admit he was wrong? Apparently, it was crucial to Moshe that the Jewish people present at Mount Sinai survive and flourish. The anger that he showed was the realization that this was highly unlikely. At that point, Moshe could not think of a future for himself or for his mission. And so his anger was directed at the people he saw in front of him, for preventing the only future that interested him. For Moshe, it seemed to be all about us. Either he and the people or nothing at all. And that is what his action expressed, even if it was automatic and unpremeditated.

Paradoxically, with Moshe’s desperate act, something positive happened. When the people realized what Moshe was responding to, it shook them to their foundations. Not only did they see how dedicated he was to them, they also saw how dependent he was upon them. In other words, they may have been willing to wallow in their own mediocrity, but they were not willing to have that mediocrity be the end of Moshe. In the same way as Moshe could not conceive of a future without the Jewish people, the people could not conceive of a future without Moshe.

And it is about attitude that God congratulates Moshe. Moshe’s automatic rejection of putting an end of the Jewish people was precisely what God wanted of their leader. And presumably the love that was returned to such a leader is equally what God wants. An important thought for leaders and followers alike. 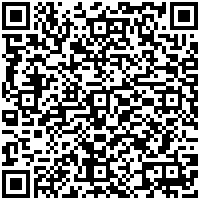