How many signs did God show the Egyptians in Egypt? Our first answer would probably be ten. And, on one level, that would be correct, since the Egyptian nation only witnessed ten plagues in their own homes. Those that had the misfortune to pursue the Jews to the Reed Sea saw more, but the vast majority of Egyptian did not. But even beyond that, there actually was one other sign in Egypt, even though most Egyptians did not see it. And that is the first sign that Moshe showed Pharaoh, when he turned his staff into a snake.

We should remember that this was Moshe’s second audience with Pharaoh. In the first he came without any sign and by the third one he would come with the plague of blood, which the rest of Egypt would also see and very much feel. This second audience, however, is neither an introductory warning nor an actual act of intimidation. Hence we need to look at it more carefully in order to understand what it is all about.


Before the second audience, God tells Moshe that he will be asked for a sign, presumably to show his credibility. This is an interesting start to something which creates a certain amount of confusion. Moshe’s sign is understood as magic, as are the first two plagues, and possibly the other ones as well. In this way, Moshe could have been seen as just a better magician than those in Pharaoh’s court. In fact, according to Abrabanel, the rod into a snake trick was one of the oldest tricks in the book, presumably comparable to someone pulling a rabbit out of a hat today. He explains that this was a real yawner until Moshe’s snake ate all of the others. But while his main point is eminently reasonable, it is less clear that the Egyptians were so much more impressed when Moshe’s snake ate the other snakes. But if this was a trick that would not wow the Egyptians, what was its point?

The Baal haTurim makes an observation that may provide the key. He points out that the word used for snake, tanin, is also the word used for Pharaoh elsewhere. According to the Baal haTurim the snakes created by the magicians represented Phaorah himself. And according to him, the main point of the trick was not that they were swallowed by Moshe’s stick, but rather the fact that once swallowed, they would all turn back into a dry piece of wood. This was in order to convey a truth anathema to the Egyptians, and especially to the Pharaohs: mummies or not, man’s physical body – without its soul – has no more life than a staff of dry wood.

Without knowledge of this truth, the semblance of immortality would be attempted by preserving man’s body, which is exactly what the ancient Egyptians would do. And if one could do this, man would be almost independent of God – meaning that as long as he had good mummifiers, he could commit as much evil as he wanted and still live forever. If this was indeed the message of Moshe’s snake, it would be easy to understand why God would want to teach it. For without destroying Pharaoh’s premise of immortality, he would continue to feel free to act as immorally as he could without having to fear for his eternity.

By telling Moshe to perform this act, then, God was trying to pull the rug out from under Egypt’s very dangerous mistake. Egypt was being informed that immortality is solely in God’s hands. And they were being forewarned that they would be held accountable for what is not to His pleasure. Once that piece is in order, Egypt would become able to make open-eyed decisions, knowing that there is no escape from God’s power. They still made the wrong decisions, but now it was without blinders.

Modern man seeks immortality in other ways. With money or power, he makes sure that buildings, streets and stadiums are named after him. But like the snake, these edifices are ultimately dry wood (and steel and concrete). Thus modern man must also learn that there is no way to circumvent God and that which He demands. The one who internalizes this is the one fortunate enough to learn the lesson the Pharaoh did not. 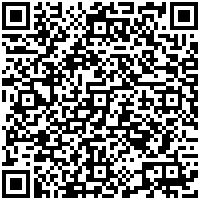