One of the great challenges of contemporary Judaism is to know what to do with Torah laws no longer practiced. In this category are not only laws such as sacrifices that circumstances completely prevent, but also laws that were circumvented because of changes in society. Among the latter are the laws of interest and of forgiving loans every seventh year.

With regard to the latter, the Torah is aware of its difficulty. On the one hand, even before the blanket loophole of prozbul was established, the law was constructed in such a manner that there were many ways to get around it. On the other hand, the most obvious one – simply to avoid giving loans too close to the year of the shmittah, thereby minimizing the risk of default – is unambiguously denounced by the Torah.

But why should a person not look at certain loans and be prepared to forgive them in the same way as one looks at outright charity? The answer is that the former defies our plans and expectations to get our money back – I would be willing to lend money I will need later provided I know that I will actually have it later, whereas I would not want to give it away.

In view of the above, one might wonder why the Torah chose to challenge us in this way altogether. Perhaps it is due to the unusual reward the Torah holds out for keeping it – that if we keep the law, there will no longer be any poor (15:4). One could see that as a supernatural pledge, parallel to God’s pledge for the other shmitta – that of land – about which God pledges unusually bountiful crops in the year preceding it, such that it will carry us through to the next full harvest. But it could be telling us something else. It could be telling us that if we are really interested in eliminating poverty, we have to look at our finances differently:

The biggest cause of poverty is poverty itself. What I mean is that poverty becomes a cycle in which there is no extra money or time to invest in creating a better future. In many cases, not only does the poor person need to devote all of his income to survival, he finds that his income even falls short of that. And so he is forced to sell whatever assets he might own (think of the poverty cycle in Egypt during Yosef’s famine).

The only way out of the cycle is with outside help. But that is also the catch. Outsiders understandably limit how much they are prepared to give to help the poor. Hence the question becomes how to significantly increase the pool of available resources. If I am correct, I think this is exactly what the Torah is aiming to do here. By creating a new category that is neither gift nor conventional loan, it opens up the possibility of eliminating poverty altogether.

To give an example, let’s say that while I am only willing to give away 200 dollars, I am also prepared to lend a thousand dollars in conventional loans – the latter with the knowledge that I will get the money back at the time stipulated. Here the Torah attempts to challenge us and say, how much of the thousand would you be willing to lend to higher risk cases knowing that a fraction of it will not be returned. The answer cannot be zero. Yet even if we are only willing to devote a fifth ($200) of our loans to such cases, we will have more than doubled the pool of resources available for the poor (more than doubled, as loans are recyclable).

The Torah tells us to move a little out of our comfort zone, knowing it is likely that I will see most of that amount back. Certainly in Jewish society – and probably in most – people very much want to pay back their debts. Hence most poor debtors will only use the dispensation given by shmitta as a last resort. In this way, the Torah would thereby double the amount that I will now be giving to the poor, while I am in fact only increasing my actual gift marginally.

The Torah is always interested in finding ways for us to push forward beyond conventional morality and become excellent people. Additionally, it wants us here to understand that by extending ourselves a little more, we could create a virtual economic revolution. For putting someone on their feet means that he will no longer need assistance, thereby freeing up more charitable resources for those who still need it. Moreover, such a person will not only no longer be a drain on society, he will also be contributing to it – thereby creating more wealth for society and adding more funds into the available pool to help others.

I often think we are losing out by not implementing the Torah more fully. Regardless, even just appreciating what the Torah actually wants cannot but help us reveal the type of society we could create if we only tried harder to fulfill more of its words. 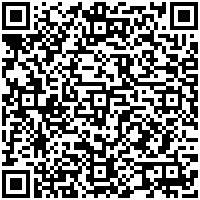