It would appear that a mature and sophisticated view of our Mesorah requires that we recognize the complexity of different people in the Torah and resist the urge to identify them with sweeping or simple terms. A prime example is Hagar.

When we first meet Hagar, she is the maidservant of Sarai. Recognizing that she was barren, and in the hopes of bringing a child into their family, Sarai gives Hagar to Avram as a wife. Hagar conceives and begins to treat Sarai disrespectfully. Sarai complains to Avram and Avram tells her to treat Hagar as she (Sarai) sees fit. Sarai afflicts Hagar and she flees. The text seems to indicate that an angel of God asks Hagar why she fled and then disappears, while another urges her to return, and it is actually a third tells her about the future of the son she is carrying. Hagar returns to Sarai and gives birth to Yismael (Bereshit, Chapter 16).


A nuanced reading of this passage reveals great paradoxes in Hagar’s character. She lived in Avram and Sarai’s home and, presumably, was seen as upright – as attested by Sarai’s willingness to give her to her husband and Avram’s willingness to marry her. When she runs away, she is addressed by not one but three angels who guide her and provide her with predictions. According to the Midrash (Bereshit Rabba, 45:7) Hagar’s matter of fact response to the angels indicates that she was quite comfortable in the presence of lofty spiritual beings. And yet once she became pregnant with Abraham’s child, Hagar acted haughtily and treated her mistress poorly. In her low regard for Sarai, Hagar grossly miscalculated her own merits and demonstrated a serious lack of gratitude for all Sarai did for her.

What we may be seeing here is a vivid illustration of a person with virtue and great potential who falls victim to self-righteousness, which leads her to act quite arrogantly. She thus serves as a stark danger sign to all of us who embrace a Torah observant life style, warning us of the serious perils of overestimating our own merits and allowing such assessments to influence our behavior.

This Dvar Torah was adapted by Harry Glazer from pages 59-61 in the chapter “Redeeming Our Nation: Yishmael and Yisrael,” in Rabbi Francis Nataf’s book Redeeming Relevance In the Book of Genesis: Explorations in Text and Meaning (Urim Publications, Jerusalem, 2006).
25 Tishrei 5775 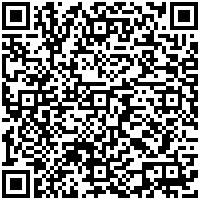