In the last three parshiot of Bemidbar, the theme of trade-offs – which we encountered, vividly, in Bereshit – is raised anew, with the petition of the five daughters of Tzelofchad from the tribe of Menashe (Bemidbar 27:1-11) and the subsequent counter-petition of that tribe’s elders (Bemidbar 36:1-12).

The Jewish people, at this point of their journey through the desert, were poised to shortly enter the land of Israel and begin a more active and demanding stage of nation-building. The public display of conflicting needs, and harmonious compromise, that the daughters of Tzelofchad and the elders of Menashe displayed at this time was a fitting tutorial to the entire nation on challenges of reconciling different group’s competing claims.


The five sisters, with no brothers, whose father died in the desert, questioned an assumed status quo that their late father’s portion in the Land of Israel would go to the male next kin. Their petition is successful and God reveals that the assumption was faulty and that actually the daughters were next in line in such a situation.

Several chapters later, the tribal leaders from Menashe challenge the new status quo with their own concern; that if the five daughters of Tzelofchad marry men from another tribe, their birth tribe will end up losing part of their allotted land. The elder’s petition is also successful and the women are advised to marry only within their tribe. The daughters of Tzelofchad did as God indicated and selected husbands from among their cousins (Bemidbar 36:12).

Although the story ends with everyone having their needs addressed, the narrative highlights the tension created by conflicting needs, which are impossible to meet to everyone’s complete satisfaction. In this situation, the five sisters accepted a constraint on their freedom to select spouses as the price of their uncommon inheritance rights.

There is a special poignancy to reading this story in our own era, in which the news is perpetually peppered with stories of interest groups contending with others and pronouncing their claims. The Torah offers us an inspiring example of five women who understood that to set an important new standard, you may have to sacrifice some of your own freedom. Their ability to establish the new standard and maintain peace with tribal leaders (who saw dangers in the new standard) stands as a model we can all learn from.

{Adapted by Harry Glazer from the chapter The Daughters of Tzelofchad and the Elders of Menashe – Identity, Interests, and Differentiation, in Rabbi Francis Nataf’s book – Redeeming Relevance in the Book of Numbers: Explorations in Text and Meaning} 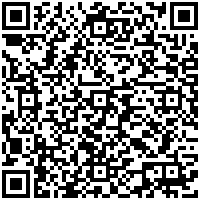