The book of Shemot introduces the story of our enslavement in Egypt and our subsequent redemption, a tale told through four parshiot and a theme that is echoed throughout the rest of the Torah. Given the prominence of this episode in our national consciousness, it is well worth asking – What is the meaning of Egypt to the Jewish people?

The Torah tells us that Egypt functioned as a place of economic refuge for those living around it. Both Avraham and Yaakov go to Egypt when confronted with famine. Yitzchak would have done the same had he not been prohibited by special Divine mandate (Bereshit 26:1-2). Moreover, we read that other nations would also come to Egypt to find sustenance in times of famine (Ibid 41:57). Were we to know nothing else, these passages show us that even when the rest of the region experienced drought, Egypt somehow was spared.


The bounty of Egyptian agriculture is further brought out by descriptions in the Torah. Early in the book of Bereshit the Torah compares Egypt to God’s garden (Ibid 13:10) and later in Devarim we are told that Egyptian agriculture does not require much effort (Devarim 11:10). Even without the Torah’s descriptions, it is well known that the Nile River would regularly overflow its banks, creating dependable fertility. The agricultural bounty this created allowed Egypt to amass its famous power and wealth.

As Jews we are taught that while God wants us to maximize our benefit from creation, He also wants us to seek such benefit only in ways that don’t compromise our spiritual health. Meeting this critical challenge is an important part of the Jewish vision.

In order to take on this challenge, the Jews had to feel the temptations of prosperity. Were they to have never tasted material success, they would never fully understand the important human tension between spirituality and physicality.

Once impressed by the privileges of prosperity, however, the Jews’ destiny would require that they extricate themselves and even reject it. Just such an attitudinal change was facilitated by the change in Egyptian policy towards the Jews. Once they were ostracized from Egyptian society, the Jews could afford to be more critical of the host culture – they no longer had any reason to look the other way in the face of Egypt’s immorality and cruelty.

Had they not yet completely appreciated the immorality of Egyptian culture, which was enabled by their great wealth, the unprecedented display of Divine wrath unleashed during the Exodus must have made a big impression. The Jews surely understood that the plagues were a barometer of God’s opinion of the nation’s values.

This Divine statement of distinct displeasure set the stage for very different views on wealth, morality, and the treatment of the other, which are the hallmarks of the Torah’s value system.

{Adapted by Harry Glazer from Rabbi Francis Nataf’s book Redeeming Relevance In the Book of Exodus: Explorations in Text and Meaning} 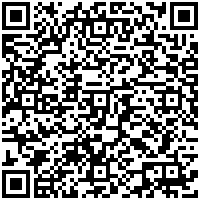