Perhaps the most important lesson about brotherhood in the entire Torah is found near the conclusion of Bereshit, in the blessings that Yaakov gives his children at the end of his life.

These blessings, though difficult to read and understand, serve as a fitting conclusion to the book of Bereshit and also as a solution to the problem that plagues almost all of the major characters throughout the book – how to forge a harmonious relationship with one’s potential competitors.


Through the blessings to his children, Yaakov was the first to explicitly realize and formulate the idea that specialization of tasks is the key to group cooperation. Granted, this idea is already available from the start of the book, when the first two brothers (Cain and Abel) pursue different and potentially symbiotic livelihoods. Obviously, Cain and Abel failed to take advantage of this idea. Still, the idea is never unambiguously articulated until Yaakov blesses his children.

With his carefully individualized and complementary blessings, Yaakov provides an important lesson for his progeny – that leadership is only one of many indispensable roles that must be taken for a family to maximize its success. As Rabbi Samson Raphael Hirsch explains (“Lessons from Jacob and Esau,” in Collected Writings of Rabbi Samson Raphael Hirsch, p. 325-27), there is a need for the merchant as well as the scholar as well as the leader. If one role may be more glamorous than another, specialization allows each brother to take on an essential function on behalf of the group.

This strategy for familial harmony is as simple as it is brilliant. It enables each family member to excel in what he (or she) does best, thereby allowing for self-actualization, while defusing concern about being beaten out by a rival sibling. Furthermore, it creates interdependence, which leads the individuals to see themselves as part of a team. Simply put, if my teammate does well it benefits not only him but me as well.

(Adapted by Harry Glazer from Rabbi Francis Nataf’s book Redeeming Relevance In the Book of Exodus: Explorations in Text and Meaning) 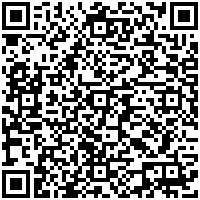