The Benefits of the Evil among Us

I feel a special connection to the sacrificial incense that we read about in this week’s parsha. This is not only for the obvious reason that my family is named after one of its component spices (Nataf). Rather, since the incense’s unusual and mysterious life-giving properties are alluded to in the Torah (Bemidbar 17:11-13), it appears that there is something here we should explore and appreciate further.


The Talmud (Keritot 6b) relates that the foul-smelling helbonah spice is essential to the other ten spices in the incense. From this it learns out that a righteous prayer quorum needs to pray with at least one additional man who is not so righteous. Of course, this is neither obvious nor intuitive.

If we analyze what the Talmud is really saying, we may get a better idea of what this part of the Temple service was all about. The sages here are likely speaking about a much deeper question than the need for helbonah. The comparison the rabbis make to sinners allows us to see helbonah as a symbolic representation for evil in the world. From the composition of incense, we are meant to understand that evil (helbonah) actually somehow enhances the good (the other ten spices). But how is this so?

I was in South Africa not so long ago and noticed the tremendous poverty on almost every major street corner in this otherwise beautiful country. I am embarrassed to say that I was relieved to escape such difficult scenes once I left. But upon further reflection I realized that my exit from the country would only allow me to hide from the existence of massive poverty. It certainly wouldn’t make the lack go away. Rather, my exit simply made it less pressing in my own mind. As uncomfortable as the daily reminders of poverty were, it was actually better than the alternative of being able to comfortably forget about it.

If we go back to the Talmud’s example of the prayer quorum, recognizing the reality of imperfection forces us to confront ourselves in a truer fashion. As the Jewish tradition makes abundantly clear, when evil exists within our community, we all share responsibility for it. One can hide but that only serves to reinforce the very evil that we are obligated to try to remove. As opposed to this, exposure to evil forces prompts the righteous to confront it and act upon it.

But there is even more. Exposure to evil prevents us from an elusively pleasant stability. And stability is the very thing that prevents the good from getting better. Paradoxically, it is when we confront evil that we have the opportunity to make the world a better place. 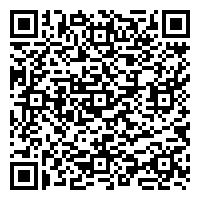