In this week’s parsha we encounter what is widely considered to be the first commandment of God to the nascent Jewish nation – “This month shall be unto you the beginning of months: it shall be the first month of the year to you” (Shemot 12:2).

Abarbanel states that there really is no such thing as a new year. It is not the same as the beginning of a day or month, which both have a clear beginning and end, the former based on sunrise and sunset and the latter based on the first appearance of the moon.


Of course, he continues, there are certain points in the year that are more fitting for being considered the beginning of the year than others, like the beginning of Spring (Rosh Chodesh Nissan) or the beginning of Fall (Rosh Chodesh Tishrei) – in line with the opinions of R. Yehoshua and R. Eliezer in Rosh Hashana 11a.  Abarbanel continues to explain why it makes most sense to consider Rosh Chodesh Tishrei as the beginning of the year: the natural order of living things is that they must first be planted, germinate, and get nourishment before they can blossom or even emerge. As a result, the commandment to start the count of the year with Nissan must ultimately be understood as unnatural. Rather, it is a convention, in the same way as the counting of years in some cultures are based on the coronation of a great king or the birth of a prophet.

But perhaps the commandment can be understood otherwise. After leaving Egypt, the Jews were guided to look at the world differently. As Ramban forcefully points out, God manipulated nature through the plagues to show that there is no real essential difference between nature and miracle. Both are in God’s complete control, and He could just as easily make plants appear out of nowhere as he could make them slowly emerge from the ground.

On some level the command to shift from starting the year in Tishrei to starting it in Nissan symbolizes a shift in how to look at the natural world. Spring only represents the middle of nature’s processes, not its beginnings. And yet Rabbi Yehoshua’s opinion (who Abarbanel reminds us is the one we generally follow) is that God nonetheless created nature in mid-process. What was his thinking?

To understand R. Yehoshua, it may be helpful to remind ourselves of a similar albeit more recent debate about the physical evidence for a world that evolved over many more years than we once believed. A position akin to R. Yehoshua was famously held by R. M. M. Schneerson, the last Lubavitcher Rebbe, who held that the world was created in the middle of its history. Hence, fossils were found from a past that never really existed. In contrast to this, Rav Kook felt that it made more sense to understand God starting from the beginning and not in mid-process, thereby echoing the words of R. Eliezer. Though I have always found the latter position to be more intuitive and more likely to be what actually happened, there is what to be said for the other position as well. R. Yehoshua, at the very least, may not have primarily been speaking about what actually happened, but rather about how a Jew is supposed to think of what happened.

Likewise, with the decree to start the Jewish year in Nissan, the Jews may have been asked to internalize God’s power as being above the nature that He created. In this regard, we are reminded of Rabbi Chanina ben Dosa, who was not overly concerned with the workings of the natural world. When he was bit by a snake, it was the snake that died and not him (Brachot 33a). When witches would try to cast a spell – which apparently worked on others – on him, he laughed and reminded them that God is in charge and not they nor their manipulations of the physical world (Sanhedrin 66b)

True, even in his time, R. Chanina was highly exceptional. And for most of us, his understanding can only be latent, residing in the back of our consciousness as we watch the natural order of things day in and day out. Nonetheless, with the experience of Yitziat Mitzrayim, the Jews were given a unique opportunity to come to a deeper understanding of the world around them. And it is with the faith in God’s power thereby engendered that the Jews were able to scale great spiritual heights. Or as David Ben-Gurion once put it, “In Israel, in order to be a realist you must believe in miracles.” But such a realism can only belong to a people that begin their year in Nissan. 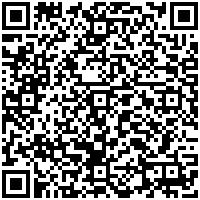