Professional sports teams play to win to the best of their abilities. But this is not true on the macro-level. Because sports leagues require competitive balance, richer teams accept self-imposed limits so poorer teams can compete. This doesn’t diminish the intensity of any particular game, or season, or playoff series. Each team tries to win every game. But everyone understands that total victory is self-defeating.

Intra-Orthodox debates should be treated as battles within a league. We should try to win every debate, but recognize that we need each other to have a league.


For example: I am glad that some Orthodox clergy respond passionately and unselfconsciously to human suffering of any kind. I am glad that some Jews think Rashbam is the rishon closest to peshat. I am glad that some Jews think that Rav Soloveitchik’s philosophic framework is far too wedded to a past intellectual moment. I am glad of all these even though I prize deliberation and rational self-consciousness; I see Rashbam’s overall approach as a step back from the likeliest meaning of Torah; and my hashkafic positions live in constant productive dialogue with the Rav’s works. My world would be poorer, and Torah-interpretation would be less capable of approximating Divine will, if I convinced everyone to agree with me.

Here is a thought exercise: What are the people, positions, ideas, practices, that you oppose with might and main, and yet recognize are sometimes more correct than you are? Or if not more right, at least sometimes capture aspects of the holy or the good that your own positions cannot?

This week’s parshah provides a useful framework for thinking this issue through.
When Eldad and Meidad prophesy in the camp – in other words, when they show signs of being able to prophesy even when Mosheh is not present – Yehoshua asks Mosheh to punish them. Mosheh responds sharply and declares that in the ideal society every Jew is a prophet.
Mosheh’s position is appealing in its humility, but may not be entirely correct. A midrash tells us that the content of Eldad and Meidad’s prophesying was that Mosheh would die and transfer his position to Yehoshua. Something about their very existence, and perhaps about Mosheh’s response to them, indicated the necessity for a transition.

I suggest that Mosheh was more immediately right than Yehoshua. In a binary game, spiritual anarchy is better than spiritual totalitarianism. And so long as the incomparable Mosheh Rabbeinu was available, anarchy and totalitarianism were the only real options.

But Yehoshua’s point was truer in the long run. Once Mosheh Rabbeinu was gone, his authority was concentrated in a text, and that opened a new possibility. Constitutional democracy is a better form of spiritual government than either anarchy or totalitarianism.
G-d chose not to make us all prophets because He wanted us to be thinking about and through Torah. Prophets may not be able to disagree with each other, nor can the content of their Torah be accountable to anyone else. G-d wanted intellectual diversity and as close to universal accountability as possible.

Rabbinic literature compares Mosheh Rabbeinu to the sun, and Yehoshua to the moon. To shed any light in the presence of Mosheh one had to be a supernova; Yehoshua could be the foreground for an entire galaxy.

The Torah tells us clearly that Mosheh’s model was non-repeatable. “No man every arose in Israel like Mosheh”. Perhaps that means that we should not try to repeat it, and we should not see this inevitable lack of repetition as failure. Rather, we should celebrate the responsibility imposed by the permanent absence of legislative prophecy and the extended absence of any prophecy. In the absence of the sun, and even the moon, we can all try to be stars. And we can appreciate that we can produce sufficient light only by shining together.

As the first Mishnah in Pirkei Avot teaches:

We should be patient in judgment – which means that we need to make sure to hear and encourage passionate disagreement;

We should raise up many students – even or especially if they will fight for positions we think are wrong (but we should tell them clearly when we think they are wrong, badly wrong, or culpably wrong); and we should build a fence around the Torah, so that we can have the freedom to err without fearing that every error will uproot our Tree of Life.

But we should be careful when building those fences. Boundaries are important. Boundaries protect whoever is inside them, but they can also exclude vital resources. For our own sake, we need to make sure that the “in” group includes people with whom we strongly disagree. 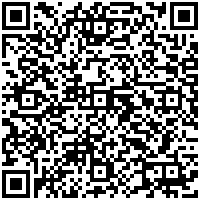