Eliezer takes center stage for much of Chayye Sarah. The aged Avraham seeks a wife for his son, and sends Eliezer to Haran. Eliezer goes and finds Rivka, a story the Torah tells twice, both as it happens and then as Eliezer retells it.

Bereshit Rabbah 60;8 remarks on the amount of space the Torah devotes to the story, saying the conversation of the slaves of the Patriarchs is written at length, where important Torah laws (such as details of the laws of ritual purity) have to be inferred from textual implications. Avraham entrusts the task to Eliezer, accepts his oath as assurance he will perform the mission fully and well.


Another example of the strength of their relationship came in Lekh Lekha, 14;14. The text says he took 318 trained men, and Rashi records Bereshit Rabbah 43;2, where Resh Lakish quotes Bar Kapparah, the 318 is a veiled reference to Eliezer (the letters of whose name add up to 318 in gematria, the numerological reading of letters). According to Rashi in Va-Yera, Eliezer was also one of the two ne’arim, assistants, Avraham took for the journey to the Akedah. The other was Yishma’el, putting Eliezer close to or on a level with Avraham’s own son.

Eliezer was also close enough to Avraham to learn from him, absorb his worldview. When he arrives at Haran, is standing near the well seeking a way to identify the right wife for Yitzhak, 24;12, he prays to Gd, whom he addresses as Hashem Elokei adoni Avraham, God, the Lord of my master Abraham.

24;39 writes the word ulai, perhaps, defectively, without a vav, leading Rashi to say Eliezer was admitting he had hoped Yitzhak might have to go elai, to me, Eliezer, for a wife, should the family in Haran refuse the suggested nuptials.

Yet the relationship had tensions as well. Rashi thinks Avraham rejected Eliezer as a possible in-law in harsh terms. At the Akedah, he left the two ne’arim behind (22;5), with the word shevu lakhem po im ha-hamor, stay here with the donkeys. The Gemara several times invokes the verse to support an halakhic similarity between slaves and donkeys, such as R. Huna’s citing it as the source for the impossibility of enacting kiddushin, halakhic marriage, with a non-Jewish slave woman, Kiddushin 68a. The most positive of the uses of the verse says non-Jewish slaves in the Land of Israel receive a share in the World to Come, Ketubbot 111a.

Rabban Gamliel also had a close relationship with a partially converted slave. Semahot 1;10 tells us he sat shiva when Tavi passed away, telling his colleagues Tavi was extraordinary. On Sukkah 20b, Rabban Gamliel points out Tavi’s wisdom in choosing to sleep under a bed in the sukkah, to make clear he understood he was not obligated.

The balance must have been hard to strike. Rashi thinks Avraham conveyed to Eliezer both his honest sense of closeness, as close to a son as Avraham had for just about half his life, someone he took as sole ally in war, someone to accompany him on the way to his hardest life test, on whom to rely to find the wife for the bearer of his legacy.

Yet Avraham also was forthright with Eliezer about the unbridgeable gap between them, about Eliezer’s being in some ways similar to a hamor, his not being someone Avraham could ever accept as a mehutan, an in-law.

As I write this, I am reminded of a responsum of R. Kook’s I summarized here, where Moslem had asked a Jewish community in Italy to share a cemetery. R. Kook opposed the idea (better to sell part of the cemetery to the Moslems, he said). Remarkably, he thought the Moslems would not be put off by the Jews’ saying they thought members of different religions had to be buried separately.

Avraham and Eliezer, a remarkable example. 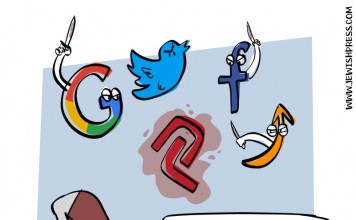 This Is How Conservatives Get Erased From The Internet 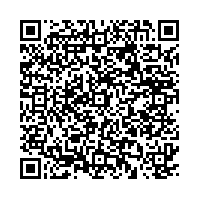