Less than 11 hours short of the expiration of Blue&White chairman Benny Gantz’s mandate from the president to assemble a coalition government, Israel Beiteinu chairman Avigdor Liberman told a press conference on Wednesday that there is no chance of him joining a narrow rightwing government or a leftwing minority government.

“It was clear that we would not go to a coalition supported by the joint list,” he stated, adding that he had done everything to bring about a unity government.


He attacked Prime Minister Benjamin Netanyahu as well as Blue&White chairman Benni Gantz for not willing to compromise. He accused Gantz of not accepting the president’s outline, which gave Netanyahu the first stint in a rotation-based government, and blamed Netanyahu who “was not ready to part with his Haredi-Messianist bloc.”

On Monday, Liberman made it clear that if the two big parties did not reach a unanimous agreement on a unity coalition by noon Wednesday, it would be “every man for himself.”

“Unfortunately, Netanyahu enslaves the entire Likud movement to the Haredi parties,” Liberman said, but reiterated that both Likud and Blue&White were responsible for the situation.

According to Liberman, Netanyahu had been playing for time in the negotiations, while Blue&White were pulling a double-crossing game. They pretended to be interested in following the president’s recommendation for a rotation government, but ignored Rivlin’s suggestion that Netanyahu go first. He also accused Gantz of trying to build a coalition government with the Haredim.

Liberman said he made “every effort to reach a liberal unity government as we promised the voter.”

He said he received very tempting offers in return for agreeing to join the government, including the post of deputy prime minister and a place as Prime Minister on the rotation in the coalition’s last year. He insisted that he did not intend to betray his principles, that is a broad liberal unity government that will pass a series of laws aimed to reduce the influence of the Haredi parties in Israel.

“We don’t sell out our principles, even for seats,” he said.

He called on the Zionist parties to sign a joint covenant that would define the relationship between religion and the state in Israel.

He also enthusiastically supported separate personal elections for the prime minister, but stressed that one does not change the rules in mid-game and those changes will have to wait. 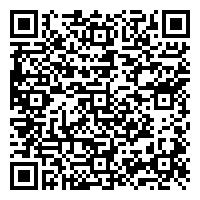