While many commentators understand the snakes in this week’s parsha to be a punishment for evil speech, Rashi tellingly passes this explanation by. One obvious reason is that this was far from the first time some of the Israelites had been guilty of this sin. That being the case, why now?

Most important is to understand that the complaint for which they are punished here is coming from the new generation in the fortieth year of their travels. Yet while most of the complaints were made by the previous generation, this is not the first complaint of the new generation. That was a very similar complaint lodged in the previous chapter (20) that culminated in Moshe’s sin of hitting the rock (or something connected with it). Note that neither of these complaints come with the earlier refrain of, “Let’s go back to Egypt.” Instead, the key line is, “What is the point of our dying in the desert?” Since going back to Egypt was never a real option, the previous generation was really staying, is “Let’s just stay where we are.” In contrast to this – and as we will soon see more clearly – this generation was really saying, “Let’s get to our land already.”


Interestingly, the first time they make this complaint, they are not punished. Perhaps, because it was their first complaint, or maybe because their panic about the temporary lack of water was understandable. On the other hand, the next complaint that elicited the snakes can be seen as even more understandable: The fortieth year was drawing to a close and they were approaching the Land of Israel once again. If expressly pointless marching (don’t forget that this was part of the punishment for the sin of the spies) around in the wilderness had been trying, they could finally see the light at the end of the tunnel. And as they come so close as to actually see the land, they are told once more to turn around.

Yet while we may understand the frustration, thinking more clearly would show that their desperation was out of place. That they were also somewhat aware of this is revealed by their complaint about their not being real bread or water for them. There was no danger present. But they wanted “real” bread – the type one gets from planting wheat and baking the flour that comes from it. In fact, bread was not the only item on the shopping list. In the previous complaint, they had also complained about their lack of access to the “real” fruits they were told they could soon expect. In short, they wanted the fruits of living a normal life in their land.

Yes, these complaints reflect reasonable expectations of what lay ahead. But was real food the point of getting to the Land of Israel? As is rhetorically asked about Moshe (Sotah 14a), “Was his desire to go there because he wanted to taste its fruits?” The coveted normalcy they so greatly desired was actually the downside of getting to Israel! Though its bounty tempered it, this land was also struck by the curse that man received when he first sinned against God in the Garden of Eden. Even in Israel, the earth would only fulfill man’s needs if he worked it, thereby claiming his time and effort at the expense of more elevating pursuits.

This cursed state of things was originally brought about by listening to the advice of the primordial snake in the Garden of Eden. Since their expulsion from there, man had never known that type of idyllic existence again. Except for the forty years in the wilderness! Some have suggested that awareness of this is what led to the previous generation’s reluctance to leave the desert and the sin of the spies. But now the opposite problem occurs. A generation arises that is so oblivious to the blessings of the desert bubble that they were eager to re-enter the world of curse. Hence, it may well have been to remind them of what they were actually asking for that God sent the snakes. If it is the post-snake world of death that they sought, that is what they would get!

In view of this, I wonder whether too much of our excitement about the modern State of Israel is laced with the same problem. Not only does our new old-new country provide us with great fruits, it provides us with great medical care, telecommunications, defense know-how, software, etc. etc. etc. But should that be the main source of our happiness at reclaiming the holy land? Ultimately this is just the bounty that tempers the curse. If so, this week’s parsha serves as a good reminder of what the Land of Israel is ultimately not about. 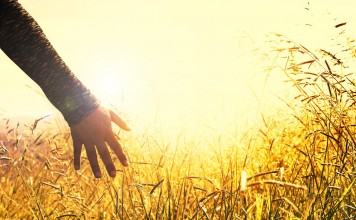