Most readers are  aware that the second paragraph of the liturgical Shema recitation is to be found not much further from the first one, a little bit later in the Book of Devarim (11:13-20). They will also be aware that the two passages cover much the same ground. In fact, knowing this and taking a closer look at what comes in between will show us that the Torah is trying to bring the different pieces together to create a larger artful single section of text.

When we note this, we can also notice something that appears to be quite significant – taken as a whole, the unit in question is introduced by a passage (the Shema) that only uses verbs in the singular form, seemingly addressing the individual Israelite. These verbs gradually give way to an increasing use of the plural, to all the Jews as a nation, which then comes to a head with the ending paragraph being almost completely in the plural. Due to the back and forth nature of this pattern – sometimes including more plural verbs, sometimes less – we would have difficulty making much of this, were it to be the only thing to work with. (1) There are, however, other items that all combine to give us a strong sense that the Torah is making an important point about the individual and the collective, here in this section.


Perhaps the most important other pattern to notice in this context is that the expression, “Listen Israel” (Shema Yisrael) consists of a fairly uncommon word combination (2) which is then pointedly repeated in the middle of out text (8:1). Actually, this expression fits in very well with the theme emerging from our study. On some level, this phrase sets the tone for the entire section – its words speak of a communal listening predicated on its true internalization (the word, shema, connotes not just listening but a comprehension and acceptance of that which is heard). But for that internalization to happen, each individual must feel that the message is directed to him and that it is not just a general mandate for the Jews as a whole.

To put the above a different way, every individual must see himself as the one being addressed – and yet if he only sees it that way, he will be missing the point as well. In order to engender success then, what needs to happen is a process that includes both the group and its component parts. In order to do this, the Torah will start with the individual and so use singular verbs, but it will also immediately move from the individual verb, “Shema,” to the collective noun, “Yisrael.” That is to say that in spite of the centrality of all Jews having a sense of being personally addressed, they must initially realize the need to eventually understand that the full scope of their loyalty to God is expressed communally.

(1) See RSR Hirsch on 11:10, who notes this and points out that this a feature one sees throughout Moshe’s orations in Devarim. See also the following footnote.

(2) The expression appears five times altogether, all of them in the book of Devarim. While many of these patterns exist to one extent or another throughout Moshe’s speeches in Devarim, they seem to come together most powerfully in this section. One could perhaps say that the message of this section is really the message of the speeches as a whole, this section forming a more concentrated microcosm of what Moshe is trying to get across.

{Adapted by Harry Glazer from the chapter “The Shema in Context,” in the forthcoming book Redeeming Relevance in the Book of Deuteronomy by Rabbi Francis Nataf} 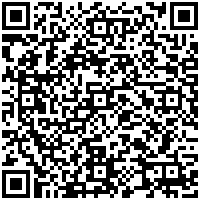