If Egyptian nationality was the problem on the blasphemer’s paternal side, what was the problem on his maternal side? Given that we do not have much more to go on, some commentaries identify the mother’s “defect” as her tribal affiliation – she was of the tribe of Dan. These commentators generally follow a Talmudic statement (Pesachim 4a) that views this tribe as being overly quick to seek litigation, based on the blessing given to Dan by Ya’akov. And so when this Danite mother’s son lost a case, it brought him to blasphemy. However, the problem with the mother’s tribal identity may actually come from elsewhere.

Dan is the rearguard of the Jewish nation. Consequently, he is more exposed to foreigners than most of the other tribes. As opposed to the vanguard (Yehuda), who is equally exposed, the rearguard is likely to encounter more surreptitious attempts to attack the Jewish people. Powerful enemies will openly attack from the front, but attacking the rear is a tactic generally taken by those who must find alternative ways of bringing an enemy down. Hence Dan is a tribe likely to encounter those who, for example, pretend to be allies in order to camouflage their actual hostility. In the case of the Israelites, this would include enemy women seeking marriages with Jewish men for ulterior motives. This is the exact scenario of the story of Shimshon (Shoftim 13-16).

But even more revealing than the story of Shimshon is another, less well-known one. Toward the end of the book of Shoftim is found one of the Bible’s strangest narratives, usually referred to as the Idol of Micha (Shoftim 17-18). Micha is a rather murky figure who decides to set up an idolatrous altar in the middle of a Jewish habitation. Meanwhile, on a journey to conquer a new enclave for their settlement, a Danite war party comes upon the altar and steals it, subsequently setting it up in their newly conquered city in the northernmost section of the Land of Israel. While Dan is not the only tribe that shows itself lacking during this difficult period in Jewish history, its behavior seems markedly non-Israelite. Moreover, it is the only tribe to be given one inheritance only to subsequently seek another one – significantly, at the very end of the Jewish settlement. How are we to understand all of this?

One notable hint is that the new Danite city is Tzidon (Sidon). This town, bearing the name of Canaan’s oldest son, is the home of one of the Bible’s most famous villains, Izevel (Jezebel). Daughter of the king of Tzidon, she marries King Achav of the northern kingdom of Israel, bringing idolatry and a level of ruthless immorality of which even her evil husband is not capable. By the seemingly casual mention of Tzidon in the story of the Danite move north, the text is revealing the tribe’s state of mind. As with Achav later on, Dan too might have been interested in advancing Israelite settlement with the help of foreigners more technologically and commercially advanced – even if it came at the cost of highly corrosive moral influences.

Most important, however, is that Dan seeks the position of bridgehead at the northern end of the Jewish settlement even when it was not given to the tribe. Dan is uniquely motivated to find a territory in which it will be the conduit between the Jews and the gentiles.

Of course, there are contexts in which good can be gained specifically from some of the Jews’ northern neighbors. For example, Hiram, king of neighboring Tzur (Tyre), helps King Shlomo build the Temple. But this does not take away from the fact that interaction with foreigners is a risky venture that should only be pursued with a great deal of forethought. More specifically, successful interaction with foreigners involves both not overestimating its benefit and not underestimating its danger. If one’s own lifestyle is not much more refined than that of the foreigners, the danger will be easily overlooked. That which we read about Dan being involved with idolatry in the process of its conquest is no coincidence. It is the book of Shoftim’s way of hinting that the tribe’s move closer to the gentiles was not just geographical but ideological as well.

This all brings us back to the curser’s mother. If his father’s mentality may have ultimately been the source of his behavior, it is his mother who seemingly allowed the mentality to seep into her son and, ultimately, into the Jewish people. Given what we have seen about the nature of her tribe, this should not surprise us. Long before the Danites’ penchant for connection with gentiles would reach its climax in the days of Shimshon, the Torah warns them – and any others who might take a similar position – of the great dangers that such an approach toward gentiles entails.

(Excerpted from Reedeming Relevance in the Book of Leviticus) 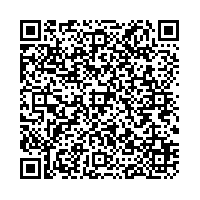