At the end of this week’s parsha, we see something curious: Although the song of Haazinu is – both before it and after it – thoroughly associated with Moshe, it was not presented to the Jewish people by him alone. Rather we are informed that Yehoshua (here, Hoshea) was also involved in the process (32:44). While some (Bekhor Shor, Rashbam and Ramban) see some sort of Divine injunction for this, most commentators feels this requires explanation. They wonder, “If God only commanded Moshe to present Haazinu, what was the need for Yehoshua to join in?”

Rav Hirsch and Netziv both answer that there was a need to divide the people into smaller groups to further its teaching (though they give different explanations as to why that was necessary). But a simpler answer may actually be found in Rashi: Moshe was the speaker and the only one reading the actual words that we find in the Torah, whereas Yehoshua was his meturgeman. Though the word, meturgeman, literally means translator, that was only one function of the classical meturgeman in the early Rabbinic Period. At that time, most Jews required that the Rabbis’ Hebrew be translated into Aramaic. But it was not just a language barrier that existed between the Rabbis and the people. Not having the time nor necessarily the ability to devote so much time to Torah study, the simple people required the Rabbis’ ideas to be brought down to a level that they could understand. Hence the meturgeman had to also engage in conceptual translation, otherwise known as explanation.


(Though one only gets a pale glimpse of what I mean from looking at the most famous written Targum – that of Onkelos – one gets a much better picture from other Targumim, such as the Targum Yonatan and the Targum Yerushalmi.)

Indeed Aharon is earlier described by this term (fittingly in the Targum Onkelos to Shemot 7:2) and likely played the role of meturgeman up until his death. (Though one wonders whether anyone took his place for the few months between his death and this point in time.) In both the case of Aharon and Yehoshua, there was a need for someone to communicate Moshe’s profound teachings and thoughts to the common people. But whereas with Aharon, it was only a question of bringing it down to the people’s level, there was a new and additional dimension that came to the fore with Yehoshua – the need to speak in terms that would be better understood by the new generation born in the desert. If this had always been a challenge for Moshe – as he looked at eternity as he was about to die, it must have been even more so.

Interestingly, the Rabbis relate that the relationship between Moshe and Yehoshua was akin to that of the sun and the moon. Of course, the source of all of the light of the moon is the sun – the moon merely reflects it. And yet that reflection takes on a completely new form and look. Hence Yehoshua’s inclusion in teaching Haazinu to the new generation is the Torah’s way of teaching us an important lesson. Just like there is no comparison in the power and usefulness of the sun and that of the moon, there was really no comparison between Moshe and Yehoshua. And yet there was something that Yehoshua was able to do better than Moshe – to translate Moshe’s teachings into an idiom the younger generation could understand.

Though I have often spoken about the need for each generation to bring new teachings and interpretations into the world, that is not the only – nor even the primary – job of each generation’s teachers. It is indeed critically important to mine the Torah for new teachings that God intended us to discover. But it is even more important for us to translate Judaism’s eternal teachings in a way that will engage each generation.

As we enter the new year, there is a critical lesson in this for everyone, and not just for teachers and rabbis: We must never forget that when we are speaking with someone else, the goal is not just saying what we have to say, but rather to make sure they understand it. For many misunderstandings start from just that – misunderstanding. It thus behooves us to emulate the Torah’s teaching of making sure we speak to be truly understood. 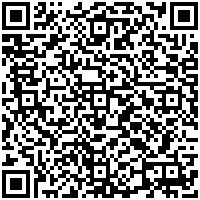