There are many aspects of the song that constitutes the bulk of Parshat Haazinu that are quite unique and call out for explanation. For this essay, I will focus on one element – the fact that Moshe is told to put the song by “into the mouths” of the Jewish people (Deuteronomy 31:19). What is the message of this uncommon phrase here (and in other places where it is used)?

The way to indicate ownership of an animal is by making an irremovable mark on it, by branding it. Another way to do is by inserting some sort of tag inside an accessible part of its body, like its ear or its mouth. I am not suggesting that a specific allusion is being created by the Torah, referring to something well-known in the Ancient Near East or more generally. What I am suggesting is that the forceful placing of an object on an animal is a classic way of denoting mastery over it, something as true today as it was back then. I am also suggesting that the notion of a person having words forced into their bodies – in this case, their mouths – is also a way of showing ownership by the one/One that placed the words there.


The idea that the placement of something foreign on to a person is meant to indicate primal ownership is further reinforced by the story of Kain and Hevel. There God protects Kain by placing a sign upon him (Bereshit 4:15). We are not told what the sign is nor how it protects him from others, but the most straightforward meaning is that the sign indicates God’s ownership of Kain and, accordingly, that anyone who attacks Kain will risk running into trouble with God Himself.

Hence the Haazinu song not only serves to encourage the Jews in times of national emergency, it also serves as a marker to denote their permanent association with God. And it is ultimately that association which gives them the safety hatch reported in Haazinu to begin with. For no matter how poorly they behave, they are literally “branded” as God’s people.

{This essay is based on an excerpt in Rabbi Francis Nataf’s upcoming “Redeeming Relevance in the Book of Deuteronomy” and was prepared with editorial support from Harry Glazer of Highland Park, NJ} 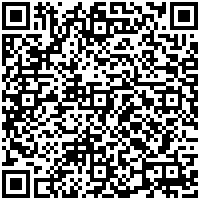