At the end of this week’s parsha, Moshe tells the Jews (9:1), “You saw all that God did in front of your eyes in the land of Egypt to Pharaoh.” Given that this speech comes at the end of the forty-year trek through the wilderness and that he is primarily addressing the new generation born after the exodus from Egypt, this seems rather strange. Cognizant of this, Rabbi S. R. Hirsch reminds us that the women and the Levites of the previous generation were still around, as were those had left Egypt when younger than twenty, since none of these were affected by the blanket decree upon those that were to die in the wilderness. Yet Moshe’s actual pronouncement seems more general than that. It is lacking the more accurate qualification, that it is only to “some of you,” that this relates.


The simple reading then is that all of the Jews standing in front of Moshe saw what happened in Egypt “in front of their eyes,” even if they were not actually there. Granted, when the simple reading cannot be upheld, we need to find a different way to explain the meaning of the verse. But we should not be so quick to take that option in this case (nor in any case for that matter). For if we look at the continuation of this speech in Parshat Netzavim, we something similar happening. There, Moshe is not conflating the present with the past, but rather the present with the future; as he tells the Jews that the covenant that is being made is meant not only for those present, but for all those that will be born in the future as well (9:13, 28). This is the subject of much discussion, as it too does not fit with our conception of human presence: If I am present, I can enter into an agreement; if I am not, I cannot – and certainly if I am not even born. But Moshe’s view of the Jewish people seems to be different. It appears that for him, the Jewish people is all one entity – it is not only made up of those present, but their ancestors and their descendants, as well.

Of course, even according to the more common conception, I need not be present to an agreement if I designate a representative. Still, I cannot do so unless I am alive. Perhaps it is not with this that Moshe disagrees, but rather with what it means for a person to be alive. There is a concept in halacha that a community never dies, meaning that the corporate body of the Jewish people lives one continuous life. From such a perspective, the body that saw the miracles in Egypt also stood before Moshe at year 40 and is still alive today. It appears that this is how Moshe saw those that stood before him.

While Moshe saw all the Jews as one whole, it was the ones in front of him who served as the representatives for all those who had lived and would live in the future. Hence the new covenant at the end of the forty years that introduced horizontal co-responsibility (arevut), would also bring the dimension of vertical or historical co-responsibility as well.

Likewise, any generation living at any particular time is merely the representative of the larger body that stretches to the end of time. This idea allows us to appreciate that our connection with previous generations is much more immediate than we generally think. On a very real level, they are us and we are them. But realizing this needs to make us pause. For it means that when we act, we are not just acting for ourselves. We are also acting for the generation that perished in the Holocaust as well. We are acting for Rebbe Akiva, Hillel, Ezra and even for Moshe himself.

Indeed, this reminds us of Hillel’s immortal words (Avot 1:14), “If I am only for myself, what am I?” If I view myself as only living my own narrow existence, I will misunderstand my very existence and act in a way that does not befit who I really am – an important thought in a month of spiritual renewal and reflection. 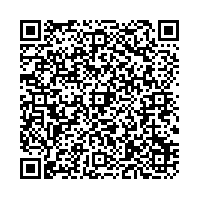