This week’s Torah portion takes a close look at the declaration made at the bikkurim rite. Besides the obvious theme of recognizing God’s benevolence, there is something else that stands out in the brief history that the Jew is asked to remember on this occasion – the centrality of the Egyptian experience is boiled down to its spiritual essence. It begins with the Jews going down to Egypt without any mention of God. Once things go really bad for the Jews, they bring Him into their lives in a much more intensive way, by “yelling out to Him.” It is interesting that only then does the Torah describe God as hearing and seeing the plight of His people. The net lesson of the Egyptian experience, in this retelling, is that we can only get this critical benefit of Divine involvement in our lives if we first elicit it.

Of course, eliciting God’s involvement may not be an easy matter, even if we set our sights to it. What is implied in the above history (and also in its initial rendition in Shemot) is that it is not enough to pray or to make declarations. Rather, one has to yell out, or at least, call out with a high level of intensity. It is true, however, that it is very difficult to conjure this up in times of bounty, as we know from contemporary experience. Yet if constantly reminding ourselves of the need to connect to God through this declaration is not completely sufficient, at least it gives us a chance to quickly and simply reflect on this central truth in a significant way.


Hence the Torah doesn’t call upon the Jew to merely meditate on the need to be grateful to God. That would not be enough. One has to speak about it. And lest one conjure up listless recitals of the Pledge of Allegiance in many American public schools of the past, the Torah uses the word, vea’anita (literally, answered) instead of the word veamarta (said). According to Jewish tradition, and many commentators as well, the connotation of this word is to respond in a loud voice. In particular, according to R. Yitzchak Reggio, the word really indicates loud song. That would mean that as opposed to simply raising one’s voice, one actively seeks to access emotion. And perhaps emotion is actually the whole point. Be it emotion of thanksgiving as here, or emotion from desperation as was the case in Egypt before the exodus, the Jew will only be successful in his relationship with God if he – at least sometimes – pursues it from the depths of his heart.

Interestingly enough then, when the Jew was speaking about his ancestors yelling out to God, he himself was speaking loudly, thereby reenacting the experience rather than just telling it over. And even if this yell was a joyful one and, so, not completely in line with the cry of yesteryear, they both represent true engagements of the heart. Granted, this is far from a full-proof solution to the problem, but it is as good an educational strategy as any that I can think of!

{Adapted by Harry Glazer, based on a excerpt from the soon to be published “Reedeming Relevance in the Book of Deuteronomy” by Rabbi Francis Nataf) 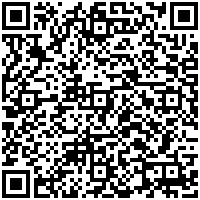