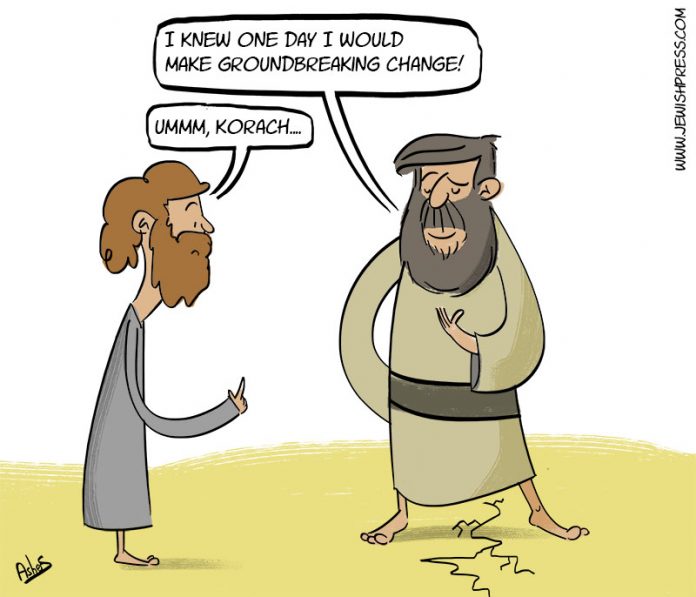 We all fool ourselves. We might start stopping to fool ourselves by paying careful attention when others hurt themselves with their own delusions. The story of Korach and his crew shows how easy it is to fall for the false, follow it to failure.

Korach challenges Moshe’s authority, gathering two hundred and fifty well-meaning Levi’im to join him—already strange, because they can’t all have been High Priest. Still, Ha’amek Davar to Bamidbar 16:24 thinks they were sincere, had been taken in by Korach to they extent they really thought they were fighting for a cause Hashem would want. Their sincerity saved their property, says Ha’amek Davar.


For the night between the challenge and the showdown, Rashi (16:19) assumes Korach rabble-roused the people against Moshe and Aharon by mocking them, which assumes a certain confidence on his part. In the morning, Moshe goes to Datan and Aviram, backed by seventy elders. Korach does not appear, although the verses (such as 16:27) do locate the events at mishkan Korach, Datan ve-Aviram, the tents of Korach, Datan, and Aviram.

Bamidbar 26;10 does tell us Korach was swallowed by the earth, as Datan and Aviram are about to be. We might say he was there but not as prominent at the last moment as Datan and Aviram. Ha’amek Davar quotes Panim Yafot, by R. Pinchas (the rabbi of Frankfurt am Main from 1772 until his passing in 1805), who noted a debate in Sanhedrin 110a, R. Yochanan claiming he was spared or burned with the two hundred and fifty Levi’im. A baraita argues he suffered both fates.

Details aside, some people wavered or stepped back from the abyss. Korach may have, his sons certainly did (26;11 tells us they did not die), and Chazal noticed On b. Pelet disappears from the story. Rav says—Sanhedrin 109b—his wife saved him, pointing out he wouldn’t be the leader either way, profited nothing by supporting Korach.

It wasn’t impossible to come to one’s senses, in other words, making Datan, Aviram, and the two hundred and fifty’s sticking with their plan to the end more chastening. I find it frightening precisely because they may have believed fully in what they were doing; if Datan and Aviram were not sincere, it’s self-destructively stupid, which is maybe worse.

Sincere or not, they do sound sure. Datan and Aviram rejected Moshe’s peace overtures the night before, blamed him for failing to fulfill promises he made on the way out of Egypt. Then stand at their tent determinedly.

All these people had seen the plagues in Egypt, the Splitting of the Sea, the man raining down, giving of the Torah at Sinai, and more. However evil Datan and Aviram were, how did those events not penetrate? How could the two hundred and fifty men each offer a fire-pan, as if each one believed he would be Hashem’s chosen High Priest? Or, if they thought they would all be priests, how could they come to believe Moshe Rabbenu was lying to that extent?

I detail their determination because I fear they saw the truth they wanted, rendering them deaf and blind to all counter-evidence. Which might wake us to our own similar tendencies. We all of us become certain, when the minds which give us that certainty are often somewhat clouded by desires, especially for self-esteem. Way deep down, many, many of us believe we are the equals of Moshe or Aharon, cannot see why they should be elevated over us.

And if the clouds of time have given those two leaders an aura, the leaders of our time (in whatever generation) do not garner the same respect. Sure, so and so may be our current political, religious, or communal leader, but we each know we could do as well or better.

Moshe’s prior actions, including being the vehicle of the giving of the Torah, which Hashem had said would lead to the people believing in him forever, add a level of surprise to those who stood against him, but I think it a distinction in degree, not kind. We assume we know as well as our leaders less because they have failed to prove themselves or have shown deficiencies than because of our attachment to seeing ourselves a certain way.

And, as was true of Korach and his group, we do so to our detriment. Usually not death and destruction, but detriment nonetheless.

We think we can do it all when we cannot. We think our leaders are no better than us, when they often are (particularly when their leadership stems from years of effort, either in Torah study or in learning how to navigate communal or political life). We can hope Korach, Datan, and Aviram this year show us the dangers we face in our self-image, and put us more firmly on the path to proper understanding of our place, to proper obedience of our leaders, and constant search for the best leaders possible. 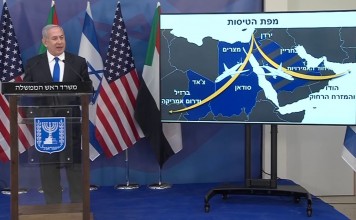