There is a famous story at the end of Makkot that has Rabbi Akiva’s colleagues questioning why he laughed when he saw foxes running over the destroyed Temple mount. His answer was that now that he saw this prophecy fulfilled, he no longer doubted that the prophecy of redemption would also be fulfilled. At face value, this statement is rather puzzling. The Eitz Yosef, a commentary on the Talmud, explains that R. Akiva was not expressing doubts about prophecy, but reminding himself and the others that the only way there could be redemption was if there was also destruction.

Perhaps Rabbi Akiva saw that already on their way out of Egypt, the Jews chose the more likely path of living within natural human history, as opposed to living supernatural lives that would have put them outside of it. They made this choice by sending out the spies, who according to the natural order of events would bring back an intimidating report about the Land of Israel. Once they did so, there could no longer be any supernatural shortcut to the final redemption. The more conventional road that was taken would necessarily be one of mistakes as well as corrections, since such is the stuff of human existence – all the more so when it comes to nations. Mistakes and their correction imply some level of destruction, the only question being magnitude. Thus, the only way to accomplish the redemption would be by way of at least some destruction. And so the Sages (Ta’anit 29a) say that together with the crying over the spies’ report came the inevitability of crying for the generations associated with the destruction of the Temple..


Such an approach is reminiscent of G.F.W. Hegel, who said that “change, while it imports dissolution, involves, at the same time, the rise of a new life – that while death is the issue of life, life is also the issue of death… Spirit – consuming the envelope of its existence – does not merely pass into another envelope, nor rise re-juvenescent from the ashes of its previous form; it comes forth exalted, glorified, a purer spirit.” In the same vein, Rabbi Baruch Epstein, in his Torah Temimah commentary, explains why our Sages proclaim that, while most of God’s creations were only good, the creation of death was actually very good.

It is true that our tradition also tells us that God sometimes does rescind negative prophecies, and so the prophecy of destruction did not have to be fulfilled. But were it not fulfilled, it would come at what Rabbi Akiva knew would be an ultimately untenable price. He knew that the fulfillment of destruction was the only way to obtain the redemption that embodies the purpose of our national existence. 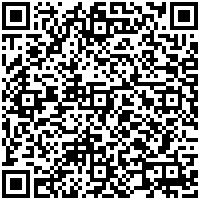