One would think that there is nothing we understand better in the world than ourselves. After all, we spend every waking minute with ourselves, we have lived through all of our experiences from the inside and we have collected a tremendous amount of data in the process. Nor is it not just raw data, but rather things that we have certainly reflected upon and analyzed so as to improve ourselves and better order our lives. However this week’s parsha may well give us an indication about how mistaken this might be. The error comes from mistaking familiarity with understanding, and knowledge with wisdom.

I am referring to the laws that prohibit a king of Israel from having too many wives and not letting them lead his heart astray on the one hand; and not having too many horses and sending Jews to live in Egypt, the center of the horse market, on the other. We are all aware that the very wise King Shlomo failed on both of these counts. Based on that, the Gemara (Sanhedrin 21b) tells us that what happened with Shlomo is the reason the Torah does not give the reasons for the commandments.


In his Torah Temimah commentary, however, R. Baruch Epstein explains that the above statement must be qualified. In fact, the Torah does give reasons for many other commandments. Hence he explains that it was only for this type of fence-like commandment that the Torah does not give the reason. In the case of the wives, there was nothing intrinsically wrong with marrying many wives; it was only a problem because of what it could lead to. Ditto, with the horses and Egypt. While much can be said for and against his approach, it is well reasoned and helpful in getting to the core of the issue:

According to R. Epstein’s approach, we are likely to misuse information that is presented as a mere warning (ultimately a fence serves the same purpose – to prevent us from a mistake or from danger). That is because a warning may or may not be useful. For example, a warning about a rickety bridge to my north will not do much for me if I am going south. The information is true and – were I to be going north – might even save my life. But given that I am going south, it is fairly irrelevant. Shlomo’s calculation was presumably along these lines. The real problem with having too many wives was not having them sway his heart. And based on everything he knew about himself, that was not a real possibility.
So what went wrong? Shlomo is described as the wisest of all men. But there is apparently one subject over which his wisdom could not have complete mastery. And that was himself. He understood the Torah, he understood the world around him and he understood human nature. Yet when it came to himself, he miscalculated.

But this should not really be surprising. Though complete objectivity is neither possible nor desirable, human actors must try to approximate objectivity in making decisions that affect others. The most obvious example of this is a judge trying a case. Jewish law goes out of its way to prevent him from bearing an unconscious preference for one litigant over another. Hence it is totally forbidden that the judge accept any thing even resembling a gift from either of the litigants. While one could still be objective when receiving a gift, the judge’s objectivity is nevertheless unduly compromised.

It appears that this may be the main problem with knowing ourselves. By nature, we are always in a position to give ourselves a gift. That is to say that, when Shlomo had to decide whether he was able to marry a nineteenth wife and still not have his heart go astray, there was a gift that he would be giving to himself if he decided that it was permitted.

Nor should one think that this only works regarding leniencies. A gift may sometimes push our defenses into being improperly swayed in the opposite direction. By putting us overly on guard, we dismiss the lenient side as being self-indulgent when it is actually just the right decision.

Not only does this idea help us understand the Torah’s reluctance to give the reason for certain laws that are actually only fences. It also helps us understand the vigilance we must maintain when making decisions about ourselves. No matter how aware we otherwise might be.

And don’t forget to listen to this week’s related podcast, Why You Can’t Trust Yourself in Elul! 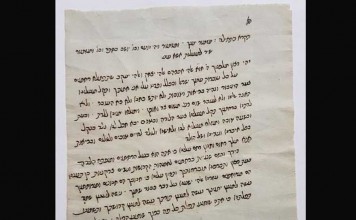