Although God’s strategy to get the Jews out of Egypt is basically established at the burning bush, it is not until this week’s parsha that it really takes shape. Up until now, it seems that Moshe is just spinning his wheels. And so he returns to God with the exact same doubts that he had before. Once more, we read that Moshe is hindered by what appears to be some sort of speech impediment (6:30). Of course, we have also already seen God’s response to this – that Aharon will speak on his behalf (4:14-17). Yet this time it appears that something gets Moshe to finally lay the speech impediment issue to rest. Why? What changed, that allowed Moshe to pursue his mission with the confidence needed to get it done?

Ostensibly, there are not many differences between this conversation and the previous one.

There is, however, an important word, that did not appear the first time around, and that is the word, navi – usually translated as prophet (7:1). This time Moshe is not just told that Aharon will be his speaker, but rather that he will be his navi. And apparently that makes all the difference in the world. Rashi’s particularly incisive explanation clues us in on why. He first tells us that a navi is a turgaman, which can very loosely be understood as a translator. In the next verse, however, he explains what that means: it is someone who will take the words of Moshe and “provide them with metaphor and reasoning in the ears of Pharaoh.”

In these few words, Rashi gets to the essence of both prophecy and effective communication. It is about taking something not naturally understood by someone and making it basically understood to them. Natural understanding is perceiving things that we have already become familiar with. But how is that we can understand radically new and unfamiliar things? As one of the greatest – perhaps the greatest – educators of all time, Rashi provides two answers. One answer is to provide a metaphor which replaces the actual terms being discussed with parallel concepts in the experience of the listener. The other is to build logical arguments from familiar concepts, such that a new idea become a necessary conclusion from an ordered restructuring of ideas already familiar. In both of these instances, the listener will accept the new idea as true. To put this into practice and use a metaphor of my own, the educator has taken food that would otherwise be indigestible and prepared it in such a way as to make it digestible.

Going back to the notion of translation, a translator gives us a metaphor writ large for what the prophet/communicator does. The translator takes words complete inaccessible to the listener and makes them almost infinitely more accessible. Depending on the translator’s function and approach, he may also make the words truly understood, as does a navi. But even when he does not, his work still represents a powerful metaphor (!) for the prophet/communicator.

When boiled down to its essence, we see that a translation of sorts is actually the main role of a Jewish prophet. He is to take Godly ideas and present them in a way that people will understand. This is no small task. If communicating unfamiliar ideas is always difficult, the more unfamiliar the idea, the more skillful the communicator must be. Since Divine ideas are very far removed from most people, a prophet needs to be a highly creative and versatile thinker. Otherwise – even if someone had all of the other qualifications for prophecy – he or she could not be a navi.

Moshe’s complaint to God is that even though (and perhaps precisely because) he would have the best human understanding of the Divine will, he had difficulty bringing it down to regular people. When God first told him that Aharon would speak on his behalf, Moshe was unclear what that meant and remained unconvinced. It is only now when God explains that his brother, Aharon, will actually be like a navi that Moshe understands that his problem is resolved. At that point – and only at that point – Moshe truly becomes ready to take on his mission.

In this sense, every Jew is expected to be a navi: At the very least, we need to translate the Torah to our children. Ultimately, however, we also need to translate it to the rest of the world. Hence even as Moshe remains the greatest Jew to have lived, it is our ability to learn from his brother, Aharon, that will determine the success of our mission. 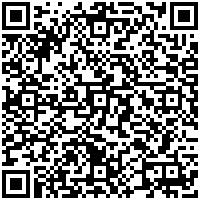