Several commentators notice Ya’akov’s word choice in seemingly establishing Yosef’s two sons as the founders of their own tribes (Bereshit 48:5). In doing so, Ya’akov tells Yosef that he will consider them to be like Reuven and Shimon. While many understand the allusion to be to the firstborn’s (i.e. Rueven’s) double portion being given to Yosef’s sons, this would make mention of Shimon superfluous. More likely, Ya’akov is simply saying that Menashe and Ephraim would be like any of his sons, and simply mentioned the first two.

Yet it is hard to imagine that Ya’akov could have been so undiscriminating: At this point, Ya’akov has serious questions about three of his children – Reuven, Shimon and Levi. And based on what he tells these three sons at the end of his life when he is blessing the others, these questions remained unresolved – at best. And of the three, the only one redeemed by their future descendants is Levi. The upshot is that Ya’akov compared the two grandchildren he was picking out for glory to his own two most problematic children.


Perhaps given that Ephraim and Menashe were raised in Egyptian culture and were thus differentiated to the point that Ya’akov had difficulties even recognizing them, the message may have been that just as he held on to Reuven and Shimon in spite of their issues, the same would be true for Yosef’s two sons.

On the other hand, sometimes we are led to say things without appreciating their full content. The Rabbis understood that this is what Avraham did when he went up to sacrifice Yitzchak and announced to his servants that WE will return. Avraham expected to come back alone, but some semi-prophetic force made him say, we. In this light, it could well be that Ya’akov also experienced some semi-prophetic inspiration here, given that the tribes of Ephraim and Menashe ended up being about as successful (meaning unsuccessful) as Reuven and Shimon.

If we go with the last suggestion (and even if we don’t), this can be seen as part of a larger pattern:

At the end of Parshat Toledot, Rabbenu Bachya suggests that Ya’akov career begins with a major mistake – that instead of choosing Rachel for a wife, Ya’akov should have chosen Leah. The reason he did otherwise, says Rabbenu Bachya, is that he was swayed by Rachel’s beauty. Given that the Davidic and priestly lines and about 80% of Jews today come from Leah’s offspring and not from Rachel’s, this unconventional suggestion has always struck me as being unusually insightful.

Though as far as I know, Rabbenu Bachya leaves it at that, Ya’akov’s mistake can easily be seen as something that continued throughout his life. For if we see Ya’akov’s favoritism for Yosef as an outgrowth of his misplaced preference for Rachel, many things fall into place. For example, the brother’s opposition to Yosef doesn’t come from jealousy, as much as seeing things more clearly than their father. Though Yosef ends up having his place and time, the brothers intuit that the true leader must come from Leah and not from Rachel. And if two grandchildren were supposed to be selected for glory, the Biblical narrative hints to their identity before we ever get to Yosef’s story – Peretz and Zerach, the children of Yehudah and Tamar.

But Yaakov seems to be unable to get past his love for Rachel. Certainly Rachel –and Yosef – had tremendous virtues, not least of which was their spontaneity and charm. Both mother and son shone out as sparkling gems of beauty that was clearly more than skin deep. Nevertheless, a side effect of their sparkle was that it made it harder to see the even greater virtues held by the more reserved Leah and Yehudah.

In the end, God corrects the outcomes of all of our mistakes. In this case, the descendants of Ephraim and Menashe would be lost to the Jewish people, whereas the descendant of Peretz and Zerach would be the ones to survive and thrive. Even so, these types of mistakes can lead to unnecessary delay and pain.

Though Ya’akov is not the only Biblical hero to make a mistake, his might be among the most instructive: One of the hardest things in life is to get beyond the way we organize information. Once we have made some sense of a pattern, it is very hard for us to get beyond how we have organized the facts. This is only slightly less true for societies than it is for individuals. For no matter how rational societies pretend to be, many of their most cherished values are based on merely one way of organizing the facts.

Ya’akov’s mistake instructs us to understand that even if something appears to be good, that does not mean there isn’t a different way that might be even better. Ignoring this can only be to our great detriment. 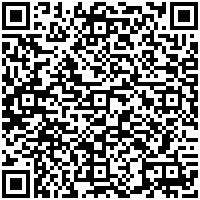