Right after they heard the Ten Commandments, the Jews – fearing for their lives – ask that such a fearsome event not be repeated. This fear is hardly a figment of their imaginations. Prophecy is a very demanding pursuit, especially when fully conscious (as opposed to in a dream or a trance, etc.). In this context, Netziv adds that even Moshe almost died when prophecy came to him when not fully prepared on the way back to Egypt.


While some commentators feel the Jews’ fears were exaggerated and that they made a great mistake, most understand that this event was always intended to be one of a kind, and that God had no intention of dictating the rest of the Torah to the entire Jewish people. According to this approach, that was because most people are not capable of prophecy. But if so, why was it done here? Moshe seems to answer that very question (20:17

Moshe explains that it was for two reasons: 1) le’nassot you and 2) that the fear of God be upon your faces, that you not sin. I would like to focus on the first reason. Le’nassot has two primary meanings – one is to test and the other is to raise up. But choosing the translation does not automatically clarify the content here. In what way were they tested and did they pass? Likewise, in what way were they raised up and why?

The fact that is open to so many interpretations is not a coincidence. The unique event at Sinai was multi-faceted, and Moshe’s explanation simply reflects that. Let’s take a quick tour of some of these facets and a few of their implications.

Starting with the latter approach, there is an interesting debate as to whether it was to raise the Jews intrinsically or in the eyes of others. Presumably both would be true. Having gone through the experience of hearing the word of God would presumably have inexorably changed them for the better. Rashi however points out that the fact that they had heard God Himself would also exalt them in the eyes of the rest of the world. While these may just be two sides of the same coin, Rashi reminds us of the Torah’s concern for how the Jews are perceived by others: Given that they are entrusted with publicizing God’s will, how they are perceived has important ramifications.

If there are many possibilities in understanding le’nassot as to raise up, there seems to be even more of a spectrum in understanding it as being tested. To give a sense of the variety of that spectrum, I want to share two of its more unusual interpretations: 1) Shadal suggests that the test was whether they would run away from the frightening scene that they experienced, similar to the initiation process of priests in ancient Egypt. That they did not run away showed that they passed the test. 2) For Rashbam, however, the Jews did not pass the test. God wanted to see if they had the mettle to hear the whole Torah. But when they asked Moshe to be their intermediary, they showed that they did not.

While Rashbam’s approach is disturbing, there is another more innocuous sounding approach that I find even more disturbing. This approach is presented by Ramban who says the test was whether the Jews would completely follow God’s commandments when there is no doubt in their mind about His truth. In other words, without the excuse of not being completely sure about the truth of God and His commandments, there is still a doubt whether people will do what they know to be right and to their advantage.

In Ramban’s words, this test was to see whether the Jews loved God. While it is disturbing to read about man’s capacity to deviate from what he knows is right, Ramban presents us with an unusually keen insight into human motivation. He tells us that love motivates us more than truth. Or to put it differently, our hearts will always have a greater influence upon what we do than our minds. Perhaps this is why, after our declaration of God’s unity in the Shema, we immediately remind ourselves that for the tremendous value of the One God who is ultimately Everything to make a difference in our lives, we must first love Him.

While the commentators mentioned disagree about the best meaning of Moshe’s words, they are not completely mutually exclusive. In fact, all of these things happened at Sinai, and many more. There is no way that such an event would not consist of an almost endless array of effects. What is less obvious but equally true is that any significant event that we encounter has that same property. Hence we should not be surprised when two people give it completely different meanings. What we should take from this is to open to the possibility that the meaning we give to these events is not only not the definitive one, it may not even be the best one! 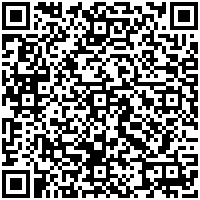