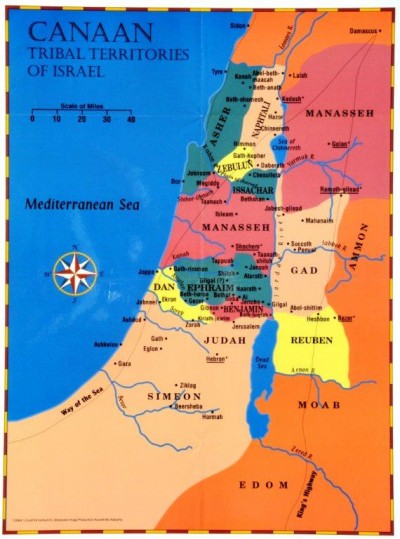 Rabbenu Bachya asks as follows in this week’s parsha: Why did God send twelve scouts and not a smaller number like the two sent successfully by Yehoshua later to survey the city of Yericho?


His answer that God wanted to involve all of the tribes is made even more obvious by the tribal motif that runs throughout the book of Bemidbar. Nevertheless, I think there is an interesting follow-up question, and that is about the number, twelve, more generally. It seems no accident that the forefathers of the tribes would be twelve in number. According to midrash, Rachel and Leah knew that this was to be the ceiling on the number of boys that they – along with Bilhah and Zilpah – would bear Ya’akov.

Indeed, elsewhere (Devarim 33:6) Ramban points out that when Tanakh counts Ephraim and Menashe as two tribes, it omits Levi (or Shimon), such that we never replace the number twelve with thirteen. Whereas Ramban offers a mystical explanation, I think that there can be something else as well – something first illustrated in Shelach:

Since it is rare for groups to be in unanimous agreement, there must be rules about how to make decisions. While the Torah speaks about following the majority of judges, tradition tells us that we sometimes (e.g. in death sentences) require more than a simple majority. Nor is this idea limited to the Jewish tradition. In the United States, certain laws can only be ratified by a two-thirds majority (sometimes referred to as a super-majority). In Denmark, there are certain laws that require five-sixths.

It seems that when it came to polling the tribes, it was in line with the Danish ratio. However, here the key was not the ratio, but the number, ten. As is well-known, ten individuals create a minyan – meaning a legal reality. This is presumably why the ten scouts had so much influence against the two dissenters, Yehoshua and Kalev. As I have previously suggested, this is also why Moshe had the upper hand when confronted by the challenge of Reuven and Gad later on – he seemingly had the support of ten out of the twelve tribes.

But this does not answer our question of why twelve. If what is really important is the number ten, God could have theoretically created anywhere from eleven to nineteen tribes, and we would still have had decision-making with a majority of ten. More specifically, we could have thirteen, counting Levi along with Ephraim and Menashe. That is why I believe that what is really critical is less the ten that ratify a decision, but the two that oppose it. As a close read of Biblical history shows us that two is the minimum required for successful dissent – meaning an alternative course that would not be stillborn. This is the case with Yehoshua and Kalev and even with Reuven and God. But much more important than either is the case of the tribes of Yehudah and Binyamin, which maintained their own – religiously superior – kingdom for hundreds of years, while dissenting from the ten other tribes to their north.

In stark contrast, when a single tribe decided to chart its own course, it inevitably resulted in dismal failure. The most famous case is when the tribe of Binyamin singly stood up to oppose the other tribes’ efforts to discipline those responsible for the tragedy of the concubine savaged in Binyaminite territory. Likewise, when Ephraim attempted to stand up on its own against their perceived slight by Yiftach, they were also nearly wiped out. (Rabbi Eliezer’s lone crusade against the Sages with the Oven of Akhnai provides another interesting example in a very different context.)

Hence it was quite significant that two spies argued for entry into the Land of Israel. While they would not win the day, they would literally live to fight another day. That is because there are decisions that an individual (or an individual unit like a tribe or a state) – no matter how great – can simply not effect. The individual’s isolation renders him unable to resist the will of the majority. Not so with even the smallest group, i.e. two. Once there is a common cause, it creates the power to resist.

Hence when we see the majority going down the wrong path, we cannot afford to remain a lone voice. For far more often than not, such a voice is lost in its insignificance. The good news, however, is that all you need is two for the voice to begin to be heard. The threshold being so low should encourage us to work for change even when the odds are against us. But only if we can get beyond our lone selves!

And don’t forget to listen to the related podcast episode, Dissent, Orthoprax and Red Lines – A Conversation with Rabbi Dr. Gidon Rothstein! 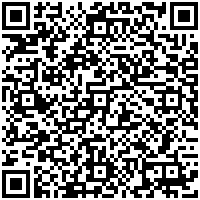