Many commentators are at a loss to understand the sacrifices – especially the sin offering – given by a birthing mother. Far from being a sin, giving birth is a critically important and constructive act. Rather than being a source of repentance and introspection, one might expect birth to be connected with celebration of the mother as well as the event.

In my very recent volume on Leviticus, I built upon the approach of R. S R. Hirsch to explain this:


There is another point of comparison between man and other living beings worth exploring, and that is what the Torah calls, zera, or seed. Here too, classical Hebrew uses essentially the same word for the seed of people and other living beings – more precisely, plants. While this goes mostly unnoticed, Rabbi S.R. Hirsch on Vayikra 12:2 picks up on it when this noun is turned into a verb, and used to describe the conception of a child. He notes that, the Torah has different words normally reserved for humans. But lahazria, “seeding,” is an expression otherwise reserved for plant reproduction.

In fact, what Rabbi Hirsch picks up about the exceptional use of the verb ultimately reinforces the impression that should also be conveyed by the common use of the noun for plants and humans alike. In either case, Torah reminds us that there is ultimately very little difference between the function of human seed and plant seed. For whereas human sexuality resembles animal sexuality, and not that of plants, actual conception is essentially the same in all three. It is neither willed nor controllable. And that is why it is described in terms that pertain to plants, the most passive of the life forms in which it is found.

For Hirsch, this is characteristically a rejection of human freedom in favor of the totally constrained life of plants. But even without going that far, we can certainly acknowledge the catastrophe that would be brought about by excessive passivity.

I would like to however suggest an additional approach as well. We began our discussion by speaking about the glory of bringing a new life into the world. Man is the pinnacle of creation, and each individual can say that the universe was created specifically for him or her. And yet our tradition also points out that the desirability of creating man is not a simple thing: Well known in this regard is the Midrash (Bereshit Rabbah 8:5) that recounts the furious debate among the angels as to whether the good that man would do would outweigh the evil.

The ethics of each new birth represents a microcosm of that debate. We have good reason to hope that the education and upbringing we provide our children will ensure that they bring more good to the world than evil. But there is not a single one of us who can bring up even the best of our children to never do evil. And given that this is the case, giving birth is also an act of responsibility for the evil that one thereby adds to the world.

Like God – when He put down the nay-saying angels and decided to create man in spite of its real downside – we believe that creating more people is the correct thing to do. It is more than correct. It is the key to bringing mankind and the world to its proper fulfillment of its Divine mandate: To fix the lack which God also created. But that lack was also ultimately positive; as it was the only way to challenge man and give him the crucially important freedom to acquire good on his own.

The nature of creation then – whether God’s or ours – is to bring about  worlds that include the darkness that can only be refined by those very creations that will inevitably also stumble and create more darkness on their way to the complete refinement of the light.

So while having children brings more light to the world – making it such a joyful occasion – it is also brings more darkness. In a very curious discussion in Chullin 60b, the Sages suggest that the proper expression of this awareness is reflected in the bringing of a sin offering. Hence the Talmud suggests that God also initiated the sin-offering of Rosh Chodesh in response to His own darkening of the moon.

As the discussion in Chullin points out – and echoing our thoughts here – there was a need for darkness. But the fact that it was – and is – needed does not mean that one should not also come to terms with the fact that it is darkness nevertheless. 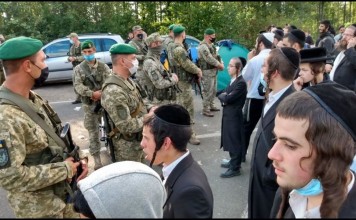 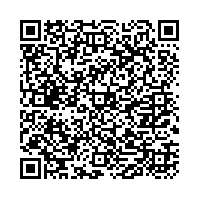