I have often discussed the importance of noticing how characters are referred to in the Tanakh – for example, whether someone is described as someone’s relative, by their vocation or by their nationality. When you notice those things – as you should in this week’s parshah – you find a whole new world of meaning right beneath the surface:

Immediately after Lavan is identified as Yaakov’s uncle three times (29:12), Ya’akov introduces himself to Rachel as her father’s brother. Now it is true that a brother in Biblical Hebrew need not be a literal brother, something Rashi points out on the spot. But neither is Rashi completely satisfied with this, as he then points us to a midrash that Ya’akov is actually saying that he is like a brother in being aware of Lavan’s crooked ways and being able to cope with them. Indeed, Lavan immediately gloms on to the notion of Ya’akov being his brother, excitedly responding (29:15), “Indeed you are my flesh and blood,” and later (29:16), “And because you are my brother….”


As the story continues (excluding most of the self-contained stories of the proliferation of his children and his flock), frequent mention is made of the relationship of Lavan to his family (his father, brothers, sons and daughters). Likewise is there frequent mention of Ya’akov’s family (his father, sons and brothers). An interesting side point is that the almost artificial inclusion of these relatives brings mention of relations who we might think do not even exist, like Lavan’s brothers and sons and Ya’akov’s brothers. Finally, at the end of the story, it is hard not to notice Lavan’s repeated insistence that Ya’akov’s family is actually his own.

So what is going on? It helps to first understand how Ya’akov left home. Even without the assertion that he spent several years in a monastic environment of study and prayer, it is fairly clear that Ya’akov had lived a sheltered life. Yet there now seems to be no choice – he is thrown into the real world, without his parents to do his bidding. But that doesn’t mean they did not try to prepare him. If Rivkah had done what she could to guide him through the one-time maneuvering to get Esav’s blessing away from it, she would have certainly done everything in her power to prepare Ya’akov for his exile in the Aramaic culture of deception and hypocrisy that her brother so readily adopted. She must have warned him to be on his guard. And she likely also explained what was respected, and one of these things was strength.

So it seems that Ya’akov arrives on the scene showing everyone how he is fully capable of taking care of himself in his new community. And yet even as he is throwing boulders off of wells and effortlessly getting water to the sheep, the Torah reminds us that this is ultimately a charade, and that all of the locals know it. And so while he is doing all of this, the Torah reminds us that he is only the nephew of Lavan, and not his brother. Instead the Torah makes clear that his relation is only through Lavan’s sister, Rivkah. In contrast to her do-good and naive son, she would have known what to do in this culture was once her own.

When Lavan hears about Ya’akov’s charade, he can barely control his laughter, and he proceeds to trick “his brother” over and over again. And so we have part 1 of the story. The only problem for Lavan is that nice guys often finish first. And so after all of the mocking and torture to which he subjects Ya’akov, things begin to move in Ya’akov’s favor. And the longer he stays, the better he learns how to work around someone like Lavan.

At this point, the jokes are gone and – as Ya’akov puts it – Lavan’s face is no longer the same. Lavan no longer refers to him as his brother (nor does Ya’akov, for that matter). Note that as opposed to Yitro, Lavan is never once described as a father-in-law. He will either be brother or stranger, but nothing in between.

Hence part 2 of the story begins with the battle lines starting to form, and their common family as the area of dispute. Ya’akov turns to his wives to see if they are prepared to renege on their former identity as Lavan’s daughters, to which they answer yes. But that is not good enough for Lavan. And while God sees to it that there is nothing he can do about it, he will not give up on the notion that the real identity of Ya’akov’s new family is that they are his – and only his – family.

Reading carefully here reveals how identity is complicatedly intertwined with culture and family. How many immigrant families have broken down because of the disparate culture of fathers and sons? In most cases, this is tragic, as the new culture is only different from – but not necessarily better than – the old culture. In the case of Ya’akov and Lavan, however, there was little cause for equivocation: Lavan’s pernicious culture left no room for imitation and charades. Ya’akov’s initial misunderstanding here is not surprising. But it also may have been the biggest reason for the length and difficulty of his stay with his uncle.

To Be A Rav – With Principles 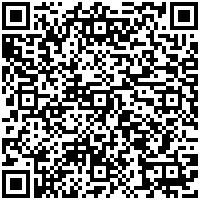