Judaism prescribes tremendous respect for our teachers. Yet even though we know that, “the reverence of your teacher must be like the reverence of Heaven” (Avot 4:12), there is one important difference. Heaven (God) doesn’t make mistakes.

So what should we do when convinced that a master teacher is wrong? I am not talking about the quasi-democratic setting of the beit midrash which allows anyone – regardless of age, rank or IQ – to challenge anyone else. However once the teacher has made a decision, the student must generally accept the teacher’s position, whether he agrees with it or not. But that doesn’t mean that he cannot subtly try to change the teacher’s mind. The main question is how.

The biggest difficulty in convincing a master teacher he is wrong is that his positions are generally not taken in isolation. They are part of a larger complex of ideas, many of which touch upon a structured vision of how to look at the world. Not only does that mean that more is at stake; it also means that a master’s position is buttressed by a great deal of thought.

The Talmud (Sanhedrin 101) recounts two stories about Rabbi Akiva’s visit to his sick teacher, Rabbi Eliezer, which may be helpful in this regard. Though subject to debate, it would make sense to locate this visit at some point between the two key stories about their relationship, Rabbi Eliezer’s excommunication by the other rabbis (Bava Metzia 59) and the scene played out before his death (Sanhedrin 67-68).

From Rabbi Akiva’s perspective, his teacher’s excommunication had been justified. Knowing with certainty that he was right about a certain case (Akhnai’s oven), Rabbi Eliezer had refused to concede to the majority, thereby defying the Torah’s clearly articulated rules. True, he had received some heavenly encouragement to stake out such a position. Nevertheless, his colleagues understood that – if left unchecked – he would be creating an impossible precedent. And yet it would appear that Rabbi Eliezer never gave in. As far as his colleagues were concerned, not only was this wrong, it was sinful.

This is the background to Rabbi Akiva’s visit. In the second story about this visit, he engages the attention of his teacher by telling him that afflictions are beloved. Prodded to continue, Rabbi Akiva tells him how afflictions were what brought the Kingdom of Yehudah’s most notorious king, Menashe, to repent. Rabbi Akiva’s rebuke here follows proper protocol and is only indirect – he does not tell his teacher that he needs to repent; he only tells him that it worked for Menashe. Regardless, it was also the height of audacity. Presumably to shake up Rabbi Eliezer, Rabbi Akiva compares him to one of the greatest villains in all of Tanakh!

This audacity is perhaps only understood when read in tandem with the first story. There, Rabbi Akiva implies that Rabbi Eliezer’s afflictions were a punishment for his sins. Rabbi Eliezer takes umbrage at this. Though Rabbi Akiva does not back down, there is also no indication that Rabbi Eliezer accepts the possibility that his approach may have been sinful. That is presumably why Rabbi Akiva tries a harsher tactic and compares him to King Menashe:

Menashe’s rebellion against the Torah was so pervasive that it must have been rooted in a complex and systematic approach to the world. He presumably had many arguments with which he rebuffed the prophets and scholars of his time. Perhaps this is what Rabbi Akiva meant when he says that though Menashe had the benefit of a father known for Torah scholarship (Hizkiyahu), the only thing that impacted upon him were afflictions. What Rabbi Akiva seems to be suggesting then is that – like Menashe – Rabbi Eliezer had created a complex worldview that no one could dissuade him from. In that sense, the only thing that could possibly make him rethink that worldview was a message from God himself. So, says Rabbi Akiva, should Rabbi Eliezer understand his afflictions.

It is far from clear that Rabbi Akiva’s words were accepted. But Rabbi Eliezer did listen. If the story reinforces how difficult it is for a thought-out individual to change his mind, it also shows us the only way someone else can try to facilitate that. On the one hand, we must respect the effort put into constructing a worldview that is more than a collection of reactions to current events. On the other hand, we must also help this type of individual question his worldview, when it – or at least some of its ramifications – are destructive.

Perhaps this then is what Rabbi Chanina meant when he said, “I have learned much from my teachers and even more from my friends, but from my students I have learned most of all” (Taanit 7a). 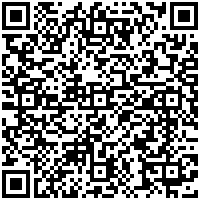