Why do we celebrate on Lag Ba’Omer? Some Rishonim write that Rabbi Akiva’s disciples stopped passing away on this day. But Lag Ba’Omer is also the yahrzeit of Rabbi Shimon bar Yochai, author of the Zohar. And on the day of his passing, his great soul reached its ultimate fulfillment in this world (which is why we celebrate rather than mourn on this day).

Rabbi Shimon was the prototype of the rare scholar “whose Torah is his [entire] occupation.” His outlook on the Roman authorities, however, was also uncompromising, so when word of his outspoken criticism reached the authorities, he was condemned to death. Forced to hide, he lived in a cave with his son, Rabbi Elazar, for a full 13 years.

Miraculously, a carob tree grew outside, which provided them with sustenance along with a nearby spring of water. To preserve their clothing, they dressed only when they prayed; the rest of the time, they covered themselves in sand, reviewing and discussing Torah by heart. So harsh was the sand on their skin that their skin cracked and they suffered many wounds.

They lived a spiritual life – separated from the material world – for so long that at first it was difficult for them to watch people working for a living instead of studying Torah when they emerged from the cave. Gradually, however, they learned to appreciate what could be accomplished by using the world to perform mitzvos.

As Rabbi Shimon healed from his wounds, he investigated whether the town in which he was recovering needed anything. He learned that kohanim couldn’t walk on one of its side paths because something impure was possibly buried underneath, forcing them to take a longer roundabout route. Kohanim likely comprised a minority of the town’s residents, but Rabbi Shimon’s deep love of Jews and desire to spare them inconvenience prompted him to spend valuable time and effort on remedying the problem so that these Jews could use the path.

Think about it: One of the greatest Torah scholars of all time, whose entire life was Torah, who had just spent 13 years in a cave, exiled from the world, covered in sand which caused him to develop excruciatingly painful wounds – how does he commence his years of normal life? By seeking a problem to remedy – some way to help a small number of people.

None of us, of course, can be so presumptuous as to compare ourselves with Rabbi Shimon bar Yochai. But this story is part of the Torah (Shabbos 33b), and the word “Torah” derives from the word “hora’a” – teaching. So it follows that it is within the power of every Jew to act in this spirit, particularly since Rabbi Shimon has already trodden the path before us.

If doing a material favor for others – even just sparing them the bother of taking a longer route – meant so much to a great personality like Rabbi Shimon that he would give it precedence over everything else, how much more urgent is it for us to spare other Jews the bother of having to labor in seeking their spiritual path in life.

It is our privilege – and therefore our responsibility – to guide Jews onto Hashem’s path, the path of Torah and mitzvos. We are the children of Avraham, whom Hashem loved “because he commanded his children and his household after him to keep the path of G-d to do righteousness and justice” (Bereishis 18:19). The Hebrew word for “command” also means “connect.” We must connect other Jews to Yiddishkeit.

The present generation is privileged to have access, not only to the revealed Torah, but also to the mystical teachings of the Zohar. And the “inner Torah” actually make Yiddishkeit even more attractive to those not yet Torah-observant.

For many generations, these teachings were concealed from most Jews. But the Arizal (1536-1572) said that now they can, and should, be revealed, in preparation for the coming of Moshiach. Indeed, the Zohar states that “with this Book of the Zohar, [the Jewish people] will go out of exile in mercy.” 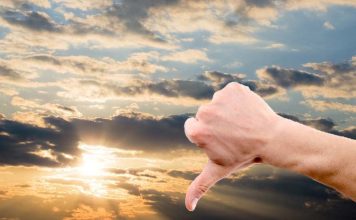 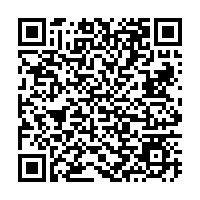