Hakofos with the Rebbe on Shemini Atzeres and Simchas Torah were always a high point of the year. Chassidim thronged from around the globe, sometimes staying in Crown Heights for just those two days to imbibe the unbridled enthusiasm and simcha shel mitzvah and get the burst of super inspiration they needed to continue their shlichus back home. All who attended Hakofos at Lubavitch headquarters at 770 Eastern Parkway, Brooklyn, NY – often including Israeli statesmen and other important figures – cherished the experience.

It came as a great shock, then, when, during Hakofos on Shmini Atzeres evening, 1977, the Rebbe experienced a heart attack. Later that night, he experienced another, more serious, heart attack, striking consternation among chassidim. The Rebbe, however, insisted on remaining in 770 (instead of going to a hospital as doctors recommended), arguing that all the technology needed to help him could be brought there. He also insisted that the chassidim continue their traditional rejoicing throughout the holiday, undiminished by their deep concern for his welfare, declaring that their joy would benefit his health.


Indeed, thank G-d, the Rebbe’s condition improved. Right after Simchas Torah, from his room – by “hook-up” – he addressed the thousands of chassidim in his shul with Torah teachings for 10 minutes, which went a long way to reassuring them. He did the same on the following Shabbos and again for several weeks, at each occasion greatly lengthening the time he spoke. Speaking to his chassidim actually improved his health, much to his doctors amazement!

His themes at these occasions were as profound as usual, and he surprised everyone by editing for publication the transcripts of all his talks (each of which included a maamar, a discourse of deep Chabad philosophy), which he had been accustomed to do only rarely in previous years.

With G-d’s help, and under the care of his devoted doctors, the Rebbe recovered sufficiently to be able to return home on Rosh Chodesh Kislev that year, which became an annual occasion for great rejoicing thereafter and remains one today.

The significance of this date even now, so many years later, is that the Rebbe’s recovery gave him many more years to continue disseminating his profound Torah teachings. As the years passed, the Rebbe spoke publicly much more often, often several times a week (although the length of his farbrengens became somewhat shorter), and his teachings became noticeably deeper.

He also greatly increased the number of sichos and maamarim that he carefully edited for publication until the Rebbe’s published Torah teachings reached unparalleled proportions.

The additional years also allowed the Rebbe to expand his worldwide activities in reinforcing Yiddishkeit. The institution of shlichus broadened dramatically, increasing from scores of shluchim to many hundreds (and, by now, many thousands). The locations where they settled now included, not only major Jewish centers, but also smaller communities in North America, Europe, and other continents – even the Far East and Central Africa and eventually the former Soviet Union and other former communist lands.

Those extra years gave him the opportunity to introduce many novel initiatives for reinforcing Jewish commitment and observance. Among them was Tzivos Hashem, a highly successful worldwide movement to encourage Jewish children to become more involved in doing mitzvos. Several times a year, he addressed rallies of Jewish children, explaining to them, in terms to they could relate to, how to cope with the challenges they face and inspiring them to advance in their faith and observance (these talks have since been published in five volumes and translated in several languages).

By the time the Rebbe became unwell again on the 27th of Adar I, 1992, the Chabad movement had reached the point where his incapacity did not disturb its worldwide activities. Indeed, since then the movement has expanded exponentially. There are now over 5,000 shluchim worldwide and scores of new yeshivos, most of them bursting at the seams. Tens of thousands of more Jews now keep Torah and mitzvos, and the level of Yiddishkeit of hundreds of thousands of more Jews has improved.

Rosh Chodesh Kislev is an occasion for all Jews to celebrate for it has benefited world Jewry immeasurably. As we advance towards the revelation of Moshiach, which the Rebbe has done so much to bring nearer, we thank Hashem for His kindness in giving us those extra years with the Rebbe closely available to us, injecting chassidim and all Jews with boundless inspiration. 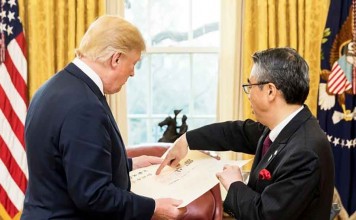 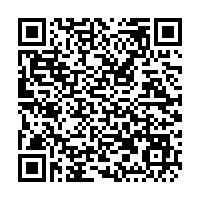