In this week’s parshah we learn of Korach’s conflict with Moshe Rabbeinu and Aharon. The pasuk tells us that Moshe’s first reaction when confronted with the rebellion was to fall on his face and daven (Bamidbar 16:4). He then told Korach and his assembly: “In the morning Hashem will show who are His and who is holy, and will cause him to come near to Him.” Since the rebellion was essentially against Aharon’s appointment to the position of kohen gadol, Moshe challenged them to attempt to bring ketores, something unique to the kohen gadol’s position. Moshe said that this challenge would take place the following morning.

Rashi explains that Moshe was attempting to stall for time, hoping that by morning the rage would subside. But it didn’t.


Rashi quotes a midrash that explains an alternate meaning of Moshe’s words: “In the morning Hashem will show.” The midrash says that Moshe was alluding to the fact that Hashem has boundaries set in the world – such as morning and night. Just as one cannot switch those two times of day, one cannot switch the other boundaries that Hashem has set forth – referring to Aharon’s appointment as kohen gadol.

The Gemara in Pesachim 104a discusses different opinions of what the correct nusach of the berachah of Havdalah should be. According to one opinion, one must mention all of the separations in the Torah. The Gemara cites a braisa that says that one must mention the separation between kodesh and chol; light and darkness; Klal Yisrael and the other nations; the seventh day and the rest of the week; tamei and tahor; the sea and dry land; the waters above and the waters below; and Kohanim, Levi’im and Yisraelim. The Gemara cites a pasuk in Divrei Hayamim (1:23:13) as the source for the separation between kohanim and levi’im. The pasuk there says that Hashem separated Aharon and his sons, and sanctified Aharon as kodesh kadoshim forever.

From this Gemara and from the midrash that Rashi quoted, it is evident that the kohanim’s uniqueness is defined as a separation similar to night and day. This delineation is in line with Rav Chaim Soloveitchik’s explanation of the following halacha: the Gemara in Bechoros 47a says that a kohen who defiles his kedushas kehunah does not assume levi status; rather he is considered a regular Jew. Rav Chaim (in his sefer on the Rambam, Hilchos Issurei Biya 15:9) explains that the three factions in Klal Yisrael – Kohanim, Levi’im and Yisraelim – are mutually exclusive. A kohen is thus an entirely separate entity. Therefore, when he loses his kedushah (either by his own actions or those of his parents), he does not assume the rank of levi.

This separation between Kohanim, Levi’im and Yisraelim obligates us to honor kohanim. For example, we honor them by giving them the first aliyah, with leading the mezuman by bentching, and through other preferential treatments.

Rav Chaim’s grandson, Rav Yosef Dov Soloveitchik, once asked why we are not required to stand when a kohen walks into the room. After all, if one is obligated to show respect by standing when one’s parents, a talmid chacham, or a rebbe enters a room, why is this not the case regarding a kohen?

He answered that there is a difference between kohanim, parents and rebbeim. Regarding parents and talmidei chachamim, the Torah obligates us to show them kavod. One such respectful act is by standing when they enter a room. But the Torah does not require us to honor kohanim. It only requires us to “separate” them. This entails giving the kohanim preferential treatment by allowing them to go first in many different scenarios. However, we are not required to show kavod to a kohen. By allowing the kohen to go first, we are showing that he is separate from the rest of the nation. Standing up for someone is a gesture reserved for showing honor. It is for this reason that we are not required to stand for a kohen when he enters the room. 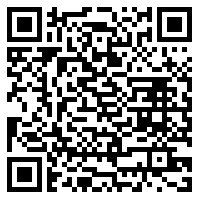