The year began with the month of Nissan (Aries), which is symbolized by the gentle white ram and marks the birth of creation. Then came Iyar (Taurus) whose sign, the black bull, signifies the dark of the night that follows day. The twins of Sivan (Gemini), symbolic of both the light and darkness of our world, are followed by Tammuz (Cancer), represented by the sea crab conveying man’s yetzer hara.

Not to despair, for Leo, the sign of Av was soon upon us, heralding the mighty lion with the strength to triumph over the evil inclination. And thus, like a bride at her nuptials, we reached Elul (Virgo), symbolizing man’s happiness.

Whereas the scales of Tishrei (Libra) serve to measure man’s deeds, causing him to descend like the scorpion of Cheshvan, teshuvah comes to the rescue – as illustrated by the arrow from the bow of Kislev (Sagittarius), which catapults him from Purgatory.

Man emerges like a newborn kid, signified by the goat of Teves. The cleansing waters from the pitcher of Shevat purified us and so we’ve reached the zenith – the month of Adar (Pisces), symbolized by the fish of the sea, a paradigm for unpretentiousness. This, the last sign in the zodiacal wheel, personifies man’s optimum capacity to transform physicality to spirituality.

“G-d decrees and the righteous man annuls it” (Zohar). The Noam Elimelech says that while a divine decree is set in the universe on high, the righteous person creates a “new heaven” where this decree is nonexistent – consequently facilitating its annulment. Thus the power of choice and the ways of the Torah provide us with the potential to rise above astrological influence.

Esther and Mordechai, the two righteous individuals and luminaries in Megillas Esther, effectively moved the heavens with their tears, deeds and supplications. The terrible decree hanging over the Jews was torn asunder, their enemy duly obliterated.

Such is the power of the truly righteous. Among the righteous tzaddikim whose yahrtzeits are observed in Adar, specifically in Adar Sheini, is the esteemed Reb Chaim Yosef Gottlieb ben Yehuda Aryeh, the Stropkover Rebbe (4 Adar II).

Born and reared in the city of Krula in Hungary, Chaim Yosef Gottlieb became very ill in his youth and vowed that should Hashem heal him, he would devote his days exclusively to Torah learning. Until then he had divided his hours between attending a school for secular studies and being privately tutored in limudei hakodesh – then a common practice in affluent households.

True to his word, following his miraculous recovery Chaim Yosef established himself as a star talmid and learned at the side of noted rebbes, among them the Chassam Sofer. In his early thirties, Reb Chaim Yosef already served as Dayan in Tertzal, a city in Hungary, where he authored several holy works on Jewish law and kaballah.

With the petirah of the revered Yismach Moshe, his grandson HaRav Yekusiel Yehudah (the Yetev Lev) left to fill the post of his grandfather in Uhel. The Sanzer Rebbe recommended that Reb Chaim Yosef replace the Yetev Lev as rav and Av Beis Din of Stropkov in Slovakia, declaring the assignment to be a divine edict.

Aside from finding favor in the eyes of the great tzaddikim of the time, such as the Chassam Sofer, Reb Mendele of Rimanov and Reb Chaim of Sanz, the Stropkover Rav became known for his kindliness and warmth and was widely acclaimed for his erudition and saintliness. 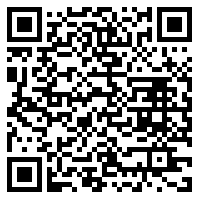