Didn’t we just celebrate Chanukah? And yet here we are about to bentch Rosh Chodesh Adar this coming Shabbos Parshas Mishpatim/Parshas Shekalim. Rosh Chodesh falls on Yom Chamishi and Yom Shishi (Thursday and Friday, the 19th and 20th of February).

With the advent of Purim, we instinctively begin to dwell on Pesach, which follows shortly after. Pesach corresponds to our patriarch Avrahom, who told his wife to bake matzah, while Shavuos relates to Yitzchok Avinu since Hashem blew the shofar at Mattan Torah with the horn of the ram sacrificed at Akeidas Yitzchok. Sukkos belongs to Yaakov Avinu, for the Torah says that Yaakov built sukkos as shelters for his sheep and the place was called Sukkos.

Rosh Chodesh (times twelve) represents the twelve shevatim of Yisrael, to whom it was given as a Yom Tov — until they sinned with the Golden Calf, after which Rosh Chodesh became a Yom Tov for women who, to their credit, refused to participate in the cheit ha’eigel.

Adar is considered the most propitious month of them all, for it became a time of “orah v’simcha v’sasson – light and gladness and joy.” It was in the merit of our achievement of complete teshuvah that we were privileged to bask in the triumph of having eradicated our foe. Haman and his children, descendants of Amalek, were obliterated from this earth and the glory of God was restored. As such an occurrence is linked with our Geulah, Purim – a time that witnessed our redemption – will forever be observed.

Who else but a refined Jewish woman, possessed of great humility and intellect, took center stage as arbiter of the developments that gave rise to our glorious yeshua! Hashem placed Esther in the right setting at the right time. More than just a pretty face who found favor in the eyes of all her beholders, Esther was as smart as she was humble and G-d-fearing.

Despite the palatial enticements that could have easily swayed her to succumb to the good life and a pampered existence, Esther never lost herself. She knew that she held the fate of her people in her hands and asked Hashem to grant her the fortitude and guidance in maneuvering the events that ultimately led to a sensational accomplishment.

Needless to say, it was Hashem who prepared our refuah beforehand when He decreed that each individual contribute a machatzis hashekel in the Beis Hamikdosh on Rosh Chodesh Adar – which proved to be the antidote to Haman’s “purchase” of the Jewish people from the king for 10,000 kikar of silver.

Talk of teshuvah brings to mind the Rebbe Reb Elimelech of Lizhensk of blessed memory, who not only inspired everyone he came in contact with to do teshuvah but promised that anyone visiting his gravesite would not leave this world without repenting.

The gabbai of Reb Hersh of Rimanov was startled by the request a woman made via a kvittel to the Rebbe; she had come to ask for her father to die. Privately, she informed the Rebbe that her father was a simple, unlearned man who was going strong at over 100 years of age and still had a voracious appetite. Since the woman’s husband was a low-wage earner, his father-in-law’s upkeep was an onerous burden on their financial state and, subsequently, on the couple’s shalom bayis.

A sympathetic R’ Hersh said he would visit the old man to ascertain a solution. Upon doing so, the Rebbe determined the veracity of the woman’s portrayal of her father and, moreover, that there was good reason the old man had been blessed with longevity. 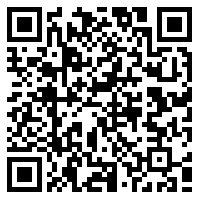