The summer season is wrapping up – signaling that the year is soon coming to a close. This Shabbos, Parshas Re’eh, we bentch Rosh Chodesh Elul, the last month of the year. Rosh Chodesh falls on Tuesday and Wednesday, Yom Shlishi and Yom Revi’i (August 22 and 23).

It is written that during the month of Elul Hashem surveys the world and all of its inhabitants with great compassion. Ever since our grievous transgression in the wilderness following Yetzias Mitzrayim, when Moshe Rabeinu successfully pleaded our case before Hashem, the forty days compromising the month of Elul and Aseres Yemei Teshuvah have been designated as a time of soul-searching.

Our sincere striving to turn over a new leaf during this period of time merits Divine assistance and guidance. In Elul, we gravitate to our Creator and He to us (the acronym of Elul bears this out: “Ani l’dodi v’dodi li – I am to my beloved and my beloved to me”). If we use this propitious time wisely, Hashem will forgive our iniquities of the whole year and grant us a new, clean slate.

The Parsha of Shabbos Mevorchim begins with the words “Re’eh Anochi nosein lifneichem hayom bracha ve’klala – See, I place before you today a blessing and a curse.” The blessing comes when we obey Hashem’s commandments, the curse when we choose not to. The word hayom (today) seems superfluous… The Ben Ish Chai explains that hayom (hei yom – 5 days) hints to the five days of Yom Tov that bring bracha, and to the five sad days that bring klala.

The five days that bring tremendous blessing to this world are Rosh Hashanah, the first day of Sukkos, Shemini Atzeres, and the first days of Pesach and Shavuos. The five days of the year that bring curses are Tzom Gedalya, Assarah B’Teves, the 17th of Tammuz and the ninth and the tenth of Av when the Bais Hamikdosh burned.

From the first day of Elul, the shofar is blown in synagogues after morning prayers, its piercing cries stirring our hearts and souls to teshuvah. The Hebrew letters of the word shofar stand for Satan v’ein pega raah – the Satan as well as all evil forces have no power when the shofar is sounded.

According to the Arizal, the small mouthpiece of the shofar represents Hashem’s name Kel, and the wide end from where the sound emerges represents v’rav chesed. When the shofar is sounded, Kel mixes with v’rav chesed and we merit great rachamim from Hakadosh Baruch Hu (excerpted from a d’var Torah by R’ Shmuel Donn).

And so our Father in Heaven is ready to show us mercy, to look away, to forgive – but only as it pertains to the sins we committed against Him – bein adam l’mokom. Yom Kippur will not atone for transgressions against our fellow man – bein adam l’chaveiro. We must seek forgiveness directly from the people we have wronged. Of course man has choice. He can be stubborn and fool himself into believing that all is well. After all, he reasons, he cried, fasted, prayed, dispensed charity, etc.

This Elul marks the second yahrtzeit of my dear sister who, to the great sorrow of her loved ones, left suddenly just three months before her youngest walked to the chuppah. My sister was named Freidy at birth, after our maternal grandmother. Having been born in Israel, her Yiddish name was promptly replaced on her birth certificate with the Hebrew version, Chedva (both names meaning joy, happiness).

Perhaps it was her name that imbued her with her bubbly persona, a great sense of humor and loving kindness, which pulled her through some rough times in her life. Like when one of her sons experienced incredible hardship as a youngster. When Rachmiel* was in the third grade, a perceived slight on his part had one of the boys in his class ostracize him. In due course, Rachmiel was snubbed, teased, spurned, rejected and endlessly picked on – not only by his tormentor, Reuven,* but by most of the other boys in his class who followed suit.

The cruelty didn’t stop when the school year was out; it continued unabated through the eighth grade! Luckily, Rachmiel had a strong and steady support system at home, though he does admit to having let out some of his frustrations on his younger sisters. (Don’t boys generally pick on their sisters??)

His parents, his rebbeim and other acquaintances attempted to intervene to put a stop to the senseless callousness, to no avail. Though he was hurting plenty, Rachmiel immersed himself in his learning and somehow managed to enter high school unscathed for the most part. In fact, he switched to an out of town yeshiva where he would finally be free of his tormentor’s incessant ridiculing.

My sister would often speak to me about how proud she was of her son who would not allow his trying circumstance to drag him down. On the contrary, his challenges made him strive ever higher in his avodas hakodesh and strengthened his emunas Hashem.

Eventually Rachmiel left for Eretz Yisrael where he studied in Brisk for a couple of years and made a name for himself as a baal middos and outstanding ben Torah. Before long he met his intended and they happily settled in New Jersey where they began with Hashem’s benevolence to build a bayis ne’eman.

Some years later Rachmiel chanced upon an old school mate who casually mentioned that Reuven was still single (by then in his thirties) and stated his humble opinion that it was perhaps time for Reuven to place a call to Rachmiel to make amends.

Not long thereafter Reuven did just that. As he brought up events of the past and expressed his remorse and regret for the anguish he had caused, Rachmiel felt a deep-seated pain come to the fore – a pain he had buried over the years but which was still very much a part of his psyche. He had trouble choking back his tears.

Relieved at letting the past go at long last, Rachmiel forgave his old foe. Within the year Reuven got engaged and Rachmiel danced joyfully with the chassan at his wedding.

Such is the power of making peace with your fellow man. Don’t be tempted to push it off. Hashem is waiting to dispense the goodies He has prepared for each one of us, but it’s up to us to open the door to claim them. 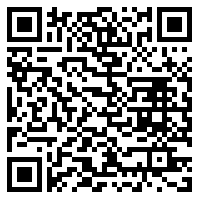