Just as the chilly outdoor air threatens to seep into our bones – the balmy long days of the season past but a distant dream – Chanukah arrives and beckons to us with its warmth and dancing bright lights. The message is clear: Do not despair, even when things seem to be at its lowest and darkest.

The 19th of Kislev celebrates the freedom from Russian captivity of the first Rebbe of Lubavitch, R’ Shneur Zalman of Liadi, while the 21st of this month marks the liberation of the Satmar Rebbe, R’ Yoel Teitelbaum, from the Bergen-Belson concentration camp. From darkness to light…

Shabbos Chanukah frequently coincides with Parshas Miketz. Who better than Yosef ben Yaakov Avinu could attest to enduring and surviving the darkest of times – emerging from the depths of a snake-filled pit, humiliation and a 12-year long incarceration and being appointed viceroy over the land of Mitzrayim?

According to the Sefer Yetzirah, the nature of the month of Kislev is sleep. What with the shortest days of the year occurring during this time period (in the Northern Hemisphere), the season lends itself to lethargy and sleepiness. As most of us know, the right kind of sleep is actually very healing. It’s up to us then to put our re-energized senses to good use, as in revitalizing our spirituality to enable us to withstand the evil forces that threaten to drag us down.

The Chashmonayim – fewer in number and weaker than the mighty warriors of their adversaries – handily vanquished their foes, by virtue of their wholehearted belief that Hashem would intervene to bring about their triumph.

Dreams are the dominating themes of both Parshas Vayeshev and Parshas Miketz. In the former, Yosef dreams about the many being subservient to one, while in the latter we read of Pharaoh’s dreams depicting the weak conquering the strong.

Aside from the more than handful of suppositions cited for the correlation between these Shabbos Torah readings and Chanukah, I find the “faith” factor to be the most striking parallel. Throughout Yosef’s unfathomable tribulations, he remains true to his faith in his Creator and to his heritage — with one exception: his beseeching of the wine steward to remember him to Pharaoh. For this momentary breach of faith in Hashem, Yosef spends an extra two years in confinement.

On the 25th day of Kislev we commemorate the miracle of “the few conquering the many,” a victory wrought by Divine intervention through the complete and undiluted emunas Hashem and self-sacrifice of those who refused to give up their faith and their Torah way of life. The Chanukah menorah lights celebrate the miracle of the minute amount of oil that burned for eight days in the Bais HaMikdash and are a reminder of the small bright flame that burns in each of our souls with an intense desire and yearning for spiritual fulfillment.

To me, the most notable yahrtzeit in Kislev is the one our family observes on the 24th of the month – that of my dear father, R’ Yaakov Tovia ben Boruch, z”l. A quiet sort, he was a man of few words whose exceptional chesed and emunah spoke volumes.

One of his grown grandchildren davening at his side in shul noted his zeida’s habit of reciting some verses of Tehillim every morning after Shacharis – curiously always the same set, consisting of those corresponding to the Hallel prayer. To his questioning einikel, Zeidy explained that when the winds of war were blowing on the horizon, someone had organized a Tehillim group for the entire sefer Tehillim to be completed daily. In all these years he had never ceased to say the kapitlach allotted to him at that time, over 50 years ago.

Interestingly, these verses happen to be those assigned to yom chof-daled la’chodesh – the 24th day of the month. Is it “coincidence” that Hashem chose the 24th of Kislev to summon our father to his heavenly repose … or that on Chanukah we re-enact the dedication of the Mishkan by saying the full Hallel every day?

One cannot help but note the words in the 24th psalm in Tehillim, reading in part: “Who can ascend the mountain of Hashem, and who can stand in His holy place? He whose hands are clean and his heart is pure…”

This psalm was composed on the day Dovid HaMelech purchased the land for the Temple site and was to be recited on the day of its inauguration. How fitting! Our father made it his life’s work to uphold the dignity of the “Temple” – forever seeing to the pristine orderliness of the beis medrash he frequented.

The 24th psalm is also the one recited during weekdays as the Torah scroll is being accompanied to the Ark of the synagogue. In fact, the message of this psalm is so profound that it was chosen as the Shir Shel Yom for the first day of the week.

The small gematria of chof-daled (24) is 6. R’ Yaakov Tovia ben Boruch, z”l left for a better world on a Friday, the sixth day of the week, which also happened to be the 24th day in Kislev,Erev Chanukah.

May his neshama have an aliyah and may he be an effective meilitz yosher for us all! 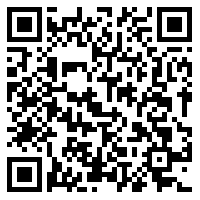