The days are short, yet the winter season seems endless. Indoors, where we tend to seek shelter from the cold, the air is drying. We are parched, like the dried out earth and shriveled branches on the bare trees.

Not to despair… the water bearer of Aquarius, the sign of Shevat, is at the threshold, ready to rouse us from our winter doldrums.

Mere mention of Shevat evokes in our minds a vision of color in a delectable array of luscious fruit. We eagerly anticipate Tu B’Shevat, the fifteenth of the month, when we will celebrate the new year of the trees by partaking of their bounty.

In the Holy Land, nature’s awakening is perceptible in the new buds of the almond tree. This month’s symbol, the d’li (water pitcher), generously nurtures the earth’s new growth. The sign of Aquarius is associated with the Jewish people, whose immersion in the waters of Torah occurred on the first of Shevat when Moshe Rabbeinu began to review Mishnah Torah with the Children of Israel during the last year of their sojourn in the desert.

According to the Sefer Yetzirah, the bodily organ associated with Shevat is the stomach, its Hebrew letter the tzaddik. The righteous person eats with the lofty goal of attaining strength and stamina to better serve his Creator, versus the glutton who eats to satisfy his corporeal appetite.

The tribe representing the month of Shevat is Asher, whose territory overflows with an abundance of olive trees. Of the shivas haminim gracing our Tu B’Shevat seudah, the olive takes precedence over the other fruit when making a bracha – the sequence being olives, dates, grapes, figs and pomegranates.

Interestingly, the yahrtzeit of Asher ben Yaakov Avinu falls on the fourth day in Shevat. At his birth Leah Imeinu named him with an expression of joy: “Happy I am; the daughters will call me happy.” Asher is rooted in the word ashrei. Leah had previously given birth to four children (Reuven, Shimon, Levi and Yehudah) before giving her maidservant Zilpah as a wife to Yaakov. Asher was Zilpah’s second child (Dan was her first).

At the end of his years, when Yaakov Avinu bestowed blessings on his children, he articulated that Asher would benefit from the rich bounty (fat bread) of the earth, which would yield delicacies befitting a king. The “fat bread” alludes to the copious amount of olive trees spread across Asher’s parcel of land.

In his bracha for Asher, Moshe Rabbeinu similarly uttered that he “shall dip his foot in oil” and would be blessed with sons and appreciation by his brothers. According to midrashic interpretations and various Torah commentaries, the shevet of Asher proliferated extensively during Bnei Yisrael‘s sojourn in the midbar. The males were hardy and valorous and the daughters married Kohanim and kings (anointed with olive oil). The young girls of the tribe of Asher lavished the plentiful rich olive oil on their skin and were thus beautiful (Rashi). These enlightening nuggets shed light on Leah’s sentiment upon naming her son: “…the daughters will call me happy.”

Along with prosperity, Moshe blessed Asher with endurance of might and youthful beauty of their women into old age – a bracha that was perhaps most manifestly realized in Asher’s daughter, Serach.

At the behest of her uncles who were filled with trepidation at shocking their father Yaakov with the news that Yosef was alive, Serach as a young girl at the time played a gentle melody on her harp and sang the words that would tenderly break the extraordinary news to her grandfather. Yaakov Avinu in turn blessed Serach with eternal life (Sefer HaYashar). 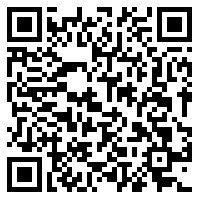