We bentch the month of Tammuz on Shabbos, Parshas Shelach, with Rosh Chodesh falling on Shabbos Parshas Korach and Yom Rishon (June 24 and 25). This, the fourth month of the Jewish calendar, commemorates some of the saddest events in our history.

The 17th of Tammuz is observed as a day of fasting, mourning and retrospection, signaling the start of the Three Weeks that culminate in Tisha B’Av – and yet our hearts are filled with hope and prayer as we look to our Father in Heaven to usher in the dawn of a new tomorrow.

It was on the 17th day in Tammuz that Moshe Rabbeinu came down the mountain with Luchos in hand, his anticipation giving way to horror and consternation at the harrowing scene awaiting him: the jubilant dancing and worshipping of a golden calf shamelessly constructed in his absence. The distressed leader dropped the tablets and broke them.

Since then, this day was marked by other tragic occurrences, the most cataclysmic being the breaching of the walls of Jerusalem and eventual destruction of the first and second Holy Temples.

The following are among the righteous souls whose yahrzeits are observed in Tammuz:

The melancholy nature of this month sparks a mix of emotions – I am overwhelmed by feelings of compassion and esteem for the mothers who suffer a prolonged, personal galus of their own, precipitated by the tragic loss of a child. Their heartache is unimaginable, yet they persevere with their life’s mission with a fervency and faith, seemingly fortified by the tragedy that rocked their world.

Take my cousin Sara… In our carefree childhood days, neither of us could have possibly dreamed of the catastrophe that loomed on the horizon – the untimely demise of her only daughter (and son-in-law) in a helicopter crash, in their prime. Sara was then delighting in the sweet fruits of her labor, the demanding task of childrearing behind her.

Without a second’s hesitation, the bereaved grandparents moved into their children’s home and took over the raising of their three young orphaned grandsons. B’chasdei Hashem their accomplishments have been nothing short of awe-inspiring. Two of the three boys entrusted in their loving care by divine edict 16 years ago have now baruch Hashem been escorted to the chupa by their devoted bubby and zeidy … and I ceaselessly marvel at the simchas ha’chayim my cousin Sara exudes, despite the aching hole in her heart.

I will never forget the time, some thirty odd years ago, when I was apprised of the news of a close cousin’s sudden passing. Yossi, a doting husband and father of five little ones, was a vibrant and charismatic young man with a promising future ahead. He was mingling with guests at a chasunah in Monsey when he suddenly collapsed without warning. The shock reverberated through their tight-knit community and left his loved ones reeling.

To this day, his mom – my aunt Chany – speaks of the searing memory, even as she expresses her immense gratitude to Hakadosh Baruch Hu for the gift of her progeny who surround her with a towering wall of love and endless Yiddish nachas. The petite, well-groomed almanah, quietly confides that there is no morning when she awakens without her beloved son Yossi on her mind, and that it is only her unswerving emunah in Hashem and His greater plan that has given her the strength and wherewithal to face each new day since.

Then there is my old childhood friend, Malky, whom I’d always gotten along with famously. Although we’ve maintained a close connection through the years, we never envisioned sharing heartbreak in uncannily similar circumstances. Fourteen months ago, as I’ve previously written about, our family was struck by tragedy when my grandson didn’t wake up on the first day of Pesach. Thirteen years ago, Malky’s precocious young einikel didn’t wake up from an afternoon nap on the first day of Pesach.

My friend and I are deeply pained, not only by our loss, but by the tremendous heartache our children suffer over theirs. One of the ways Malky’s daughter has coped with her tragedy is by altruistically offering comfort and chizuk to other mothers – known to her or not – who have been similarly afflicted.

On the 21st day of Tammuz we will observe the yahrzeit of my younger sister. The day will mark seventeen years since her petirah, yet the passing of time has not dulled the memories. The overcast skies at the levaya… the tear-streaked faces of her grief-stricken children… the mournful kaddish recited by her only son, all of eight-years old then (baruch Hashem, married and a father today)… but the most haunting memory of them all is that of my broken parents, z”l, their mournful eyes reflecting the despair of their shattered hearts.

As my beloved mom used to say, there is solace for the widow, widower or orphan, but there is no designation in any language for a parent who loses a child…

While she is missing her firstborn like crazy, my incredible daughter-in-law says, “I know he is in the best place of all for he is with Hashem.” As if to corroborate her heartfelt sentiment and bolster her emunas Hashem, her son recently appeared to her in a dream – to let her know that he is very much alive.

Alive in the Olam HaEmes… indeed, it is known that the holy neshamos in Gan Eden are constantly interceding with our Creator on our behalf. Even as we mourn the state of our bitter exile, our hearts are uplifted by our faith and an endless yearning for the day when we will be united with our loved ones and be granted divine privilege to bask in the radiance of the Shechinah in our midst, in the holy city of Yerushalayim, please Hashem make it soon! 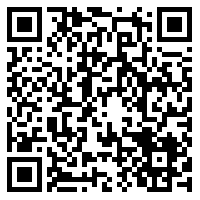