This coming Shabbos, Parshas Vayeshev, we bentch Rosh Chodesh Teves. We inaugurate the new month on Chanukah, which brings light, hope and purity to an otherwise dark time. Rosh Chodesh is observed on Shabbos Kodesh (Parshas Miketz) and Yom Rishon (the last two days of Chanukah).

The month of Teves is characterized by negativity, as materialism and evil forces dominate this period of time. The tenth of the month is a fast day (Assara b’Teves), on which we bemoan the beginning of the eventual destruction of our beloved holy city of Jerusalem.

The trait that defines this month is rogez (anger), which equals in numeric value the word yirah (fear) – testifying to our capability of overcoming evil with yiras shamayim.

The portions of the Torah read during Shabbos in Teves reflect the theme of holiness vanquishing evil, following the paradigm set for us by Yosef HaTzaddik who successfully fought off the destructive forces that sought to drag him down the abyss of immorality.

Parshas Vayigash goes on to enlighten us about Yosef’s poignant meeting with his brothers and his ability, as viceroy of Egypt, to provide his father and brothers with provisions for their well-being in desperate times.

In Parshas Vayechi, Yaakov becomes feeble and passes away, after having lived in Mitzrayim for seventeen years. These years – in which he was cared for and fed by his son Yosef – were added to his lifespan as reward for his having nourished his son for seventeen years (at which age Yosef was abducted by his brothers and subsequently sold into slavery). The word vayechi has a numeric value of 34 – Yosef’s age at the time of his father’s petirah.

With the passing of Yosef HaTzaddik at the age of 110, the state of holiness and purity departs with him and thus begins the odyssey of Yisrael’s descent into Galus Mitzrayim.

Parshas Shemos enumerates and extols the progeny of Yaakov, highlighting the fact that seventy souls increased to tens of thousands in a relatively short span, as every Jewish woman was blessed with children and multiple births (quadruplets and sextuplets). The parsha further relates Yosef’s sojourn in Mitzrayim – for the purpose of emphasizing his piety and closeness to G-d despite his ascendancy to power in a strange land.

How apropos that the letter Ayin, with a numerical value of seventy, is associated with the month of Teves. On the side of holiness, the Torah has seventy means of interpretations; conversely, impurity is rampant in the seventy nations of the world. Even while the descendants of Yaakov were confined in an environment of unbridled immorality, they upheld the tenets of their faith imbued in them by Yaakov Avinu and were ultimately redeemed in the merit of their having retained their Hebrew names, their language and their dress code (tznius).

The liver, the organ of the body corresponding to this month, serves to purify the blood. In these dark and troubled times, we must fight the evil that surrounds us by mustering the vigor to rise above the influence of sluggishness and materialism and emulate Yosef’s resilience in the face of incredible trials and hardship.

Gedi, the young goat that symbolizes the month of Teves, is the numerical equivalent of tov – good. The flames of the fifteen candles lit on the last two nights of Chanukah come to suffuse us with holiness and light our path in the darkness. The mispar katan of 15 equals 6. With the insertion of one letter, vav – six, the month of Teves is transformed to tovas (goodness).

Two of the many luminaries whose yahrtzeits are observed in Teves are the K’sav Sofer, R’ Avraham Shmuel Binyamin ben Moshe (19 Teves), and the Baal HaTanya, R’ Shneur Zalman ben Baruch of Liadi (24 Teves).

The Baal HaTanya was once visited by a chassid who implored the tzaddik for help in acquiring kavana during tefilah. When the Baal HaTanya asked how he had managed till this time to serve the Ribono Shel Olam, the chassid explained that some years back he had chanced on visiting a court of law in his native Russian town and happened upon a disturbing scene: a Russian army soldier being subjected to a brutal beating for a purported crime.

The curious chassid soon discovered that the hapless soldier had been on guard duty for the Czar on an unbearably frigid night and had afterwards complained to his compatriots that the tips of his ears had frozen. A higher-up official took umbrage at the soldier’s grievance and vociferously voiced his outrage: How was it possible for a watchman guarding the king to suffer frostbite when the blood coursing through his veins should have been so boiling hot as to have kept even the tips of his ears warm!

And so the poor soldier was disciplined for his obvious lack of proper devotion to his prestigious post.

This incident, explained the chassid, had aroused a deep fervor in his own Avodas Hashem, but with the passing years his passion had dulled and he now came to the Baal HaTanya to help him find a way to have his devoutness kindled anew.

The K’sav Sofer’s erudition first came to light when he took over the mantle of Torah leadership upon his father’s passing at the young age of 24.

When he was bar mitzvah, he received a silver box, one similar to the type used as an esrog holder. The bar mitzvah bochur wondered at its contents: small wax candles that had apparently been used before as they were burnt halfway down.

The giver of the curious gift apprised the youngster… When the K’sav Sofer was six years old he had fallen seriously ill. At the point where the doctors in attendance had given up all hope for his recovery, they approached the child’s father, the Chassam Sofer, and suggested that the holy man pray to G-d to effect a cure for his son — even as the Chevra Kadisha lit candles in preparation for yetzias neshama that appeared imminent.

The Chassam Sofer walked to a corner of the room and began to fervently daven. An outburst was suddenly heard from the boy who yelled out “Shema Yisrael Hashem Elokeinu Hashem Echad!” The doctors could clearly discern that the Chassam Sofer had a connection with his Father in heaven. As the child began to show immediate improvement, the candles were extinguished.

The gift to the bar mitzvah bochur of the candle remnants in the silver box was a tangible testimonial to that long-ago miracle and was accompanied by the giver’s heartfelt wish that the recipient of Hashem’s endowment continue to spread the light of Torah and kedusha to the world.

These narratives are a timeless affirmation of the power that lies within each of us: to plead, implore and cry out to our Heavenly Father with purity of heart to rescue us from our increasingly depraved surroundings and to infuse us with the strength and stamina to stay true to our heritage, in the tradition of our holy ancestors. 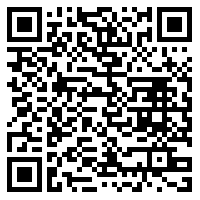