Why do we call this Shabbos, Shabbos Shuvah?  Is it because it’s the only Shabbos during the Aseres Yemei Teshuva? That can’t be the reason. After all, we don’t call this Shabbos, Shabbos Teshuvah. It’s specifically called Shabbos Shuvah. So you’ll tell me, shuvah, teshuvah—same thing, right? Both mean repentance. But we will see that the difference between teshuvah and shuvah is all the difference in the world.

It can’t be a coincidence that Shuvah is the first word in the haftarah (Hoshea 14:2).  It does seem to be a theme, naming a Shabbos after the first word in its haftarah – Shabbos Chazon and Shabbos Nachamu are two such examples.  But why do we do that? For that matter, why give any Shabbos a special name?

The answer must be that the first word in the haftarah of these Shabbosos characterizes the entire personality of that Shabbos. For example, the Shabbos after Tisha B’Av is called Shabbos Nachamu because it means comfort and ushers in the seven haftaros of comfort, shiva d’nechamta. Shabbos Shuvah functions in the same manner. Shuvah does not truly mean repentance; teshuvah is a noun which means repentance. Shuvah is a verb. It is a command—Repent! We are bidden by the Navi Hoshea not to waste the gift of a Shabbos during Aseres Yemei Teshuvah and take advantage of the opportunity to “Repent! Shuvah!”

This directive to repent is stated specifically on Shabbos because as the Chida tells us teshuvah must start with Shabbos.  The pasuk (Devorim 30:2) says, “‘Vashavta Ad Hashem Elokecha.” One should repent, “ad-until” Hashem by utilizing Shabbos, which has the same letters as the word vashavta, you should repent. The same “ad” appears in the first pasuk (ibid. 14:2) in the haftarah, Shuvah Yisrael ad Hashem Elokecha. We must come close to Hashem once again through teshuvah.

There is a discussion in Berachos (27a) as to whether the word, ad, means “up to but not including – ad velo ad b’chlal,” or including as well, ad b’chlal. When it comes to getting close to Hashem and returning to Him through teshuvah, the word ad in the haftarah most certainly means including and not merely up until. We need to get as close to Hashem as possible!

The second pasuk of the haftarah (ibid. 14:3) says, “Kechu imachem devarim, veshuvu el Hashem, take words with you and return to Hashem.”  This pasuk contains a vital lesson for repentance and growth.

Rabbeinu Bachaye (Kad HaKemach -Rosh Hashanah) sees in this verse the obligation for viduy – the confession of our sins.  Kechu imachem devarim – use your words to express repentance. Of course, the actual obligation is derived from the Torah itself but this pasuk can be seen as a secondary source.

What if one confesses in his mind? Has he fulfilled the obligation to repent? While regretful thoughts are certainly wonderful and have great impact, and the Gemara (Kiddushin 49b) views these thoughts seriously, unexpressed thoughts are not as impactful as saying the words out loud.

Rav Yaakov Weinberg, ztl, Rosh Yeshiva of Ner Yisrael Baltimore, explained that speech is a much greater explosive force than we think. Confessing with speech is very different than merely feeling or thinking it. While it is true that what we think shapes who we are, what we say forms our identity.

The Rambam (Hilchos Teshuvah, Chapter 2:2) says that repentance means to abandon the sin, remove it from one’s heart, and resolve never to repeat it. “One must also regret the action and one must confess with his lips and say all of these things that he has pondered in his heart.”

The phrase “with his lips” is chosen to emphasize the enormous power that speech has in repentance. The Almighty knows our thoughts; we are not saying anything for Him. Rather, the verbal confession is for our own growth. Thoughts must be released through the lips in order to create a lasting change. Without verbal confession, without speech, repentance has not been achieved and any thoughts of change will most likely dissipate.

We see this as well in the concept of nedarim, vows, and the consequences of breaking them.

“If a man takes a vow to G-d or swears an oath to prohibit a prohibition on himself, he shall not profane his word, he shall keep all words that have come out of his mouth” Bamidbar (30:3.

The language employed here is not the norm.  The Torah could have said “lo yaavor – do not violate” your word; instead it uses “lo yachel – do not profane.” Saying, “do not profane,” or make unholy is a very specific message.  In addition, the second half of the pasuk emphasizes speech: “keeping words that have come out of the mouth” as opposed to simply saying, “keep your promises.” What message is the Chumash sending us?

I believe the message is that our words have meaning.  When one breaks a vow he is not only being dishonest. Our vows create realities and when we break them we are destroying that which we have created.

What truly distinguishes us from the animal kingdom?  The Chofetz Chaim argues that the distinctive quality of the human being is the power of speech and communication. The Sefer HaChinuch (mitzvah 21) teaches that one who is alone on the Seder night must recite the story of Shemos out loud as, “Speech awakens the heart.”

Speech is significant even when we are alone. If one makes a vow in private it is as binding as if one made it in front of others.  One must never think words don’t matter if no one else hears them.  Once a thought has been expressed it creates a powerful reality.

And these are some of the happenings in this week’s haftarah. 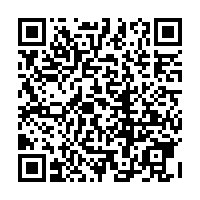