In 1948, immediately following Israel’s declaration of statehood, five Arab countries attacked. The first month or so of the war was a very near thing. A weapons embargo kept Israel undersupplied. Thus, the new army had no tanks and fighter planes. In addition, Jerusalem was under siege and her residents faced possible starvation. That the Israeli army units held on was nothing short of miraculous. However, what was perhaps the greatest miracle was that the Arab armies agreed to the first truce. They were within striking distance of Tel Aviv and had they pushed on a few more days, the city would likely have fallen. Miraculously, the Arab armies agreed to the truce. Yigal Yadin described this event as “dew falling from the heavens.”

Although the ceasefire terms prohibited the import of weapons, both sides observed this stipulation in the breach. For example, it was during this time that Israel smuggled in heavy weapons, assembled her first fighter aircraft, and battle readied her first bombers. Likewise the Jewish defenders of Jerusalem were able to smuggle into our holy city weapons and ammunition to continue the fight. Shortly before the ceasefire took effect, several Israeli officers had discovered an alternate path to the city, one that bypassed the Arab stronghold at Latrun. Through Herculean effort, hundreds of middle-aged people carried supplies in the middle of the night to Jerusalem and made the road passable for trucks. Finishing just in time, the UN delegation allowed the road to be used during the ceasefire. Unbeknownst to the UN observers, the Israelis paved an additional spur of the road that entered Jerusalem away from the city entrance where the UN observers inspected trucks for contraband. This way the Israelis were able to smuggle in weapons to continue the fight.


Unlike the Israeli army that used this time to consolidate their forces and to properly prepare for the next stage of fighting, the Arab armies squandered this time with infighting. Israel in no small measure won the 1948 war during the downtime.

Proper use of downtime is a concept familiar to all Bnei Torah. It is safe to say that nobody becomes an expert in his or her field only through what they learn in school. Formal schooling provides the foundations and arguably the inspiration; however, a person becomes an expert by passionately pursuing his or her interests.

The baalei Mussar were very clear that time should never be wasted. Rav Simcha Zissel, the Alter of Kelm, always emphasized the importance of order and focus to the students in his yeshiva. The windows of the yeshiva that faced the street were never opened to prevent outside noise from distracting the students. Custodians were never hired to clean the yeshiva as the students were expected to clean their own rooms to learn discipline. Most fascinating to me was that he instituted a five minute learning session each day to impress upon the students that even five minutes constitutes enough time to learn something and to grow spiritually.

In a similar vein, it is said that when the Chatam Sofer was asked how he accomplished so much in learning, he responded that it took him five minutes. When questioned as to the meaning of this enigmatic answer, he explained that he successfully took advantage of all the five-minute gaps we each have on a daily basis – like when we wait on a line in a grocery store.

While this idea does not preclude relaxing in order to regenerate one’s batteries, it does caution us about wasting time. Like the Chatam Sofer said, we all have many free and unaccounted for minutes each day. Imagine how many mishnayot we can learn waiting at the bus stop or on line in the bank. Stories are told of great rabbis who finished Shas over the years by taking advantage of all the waiting time at weddings. While we may not be able to finish Shas this way, we can all accomplish many things on our own levels. This mandate is especially important for leaders who need to value time, both their own and of their followers, and who don’t often have set learning times each day.

According to popular legend, the Duke of Wellington, when asked how the British defeated Napoleon at Waterloo responded, “They defeated him on the playing fields of Eton.” He meant that the skills of leadership and teamwork necessary for victory were learned while playing sports at the Eton Academy. In a similar spirit we can argue that Israel won the 1948 War for Independence by understanding the value of time as taught in the Beit Midrash of Kelm. 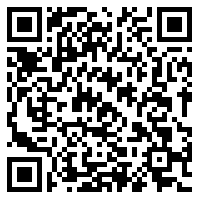